Should Jadeja is left away from the Bangladesh tour, indian selectors may seek for a backup. 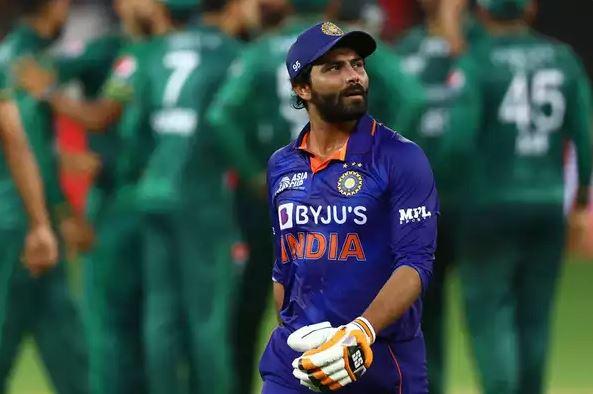 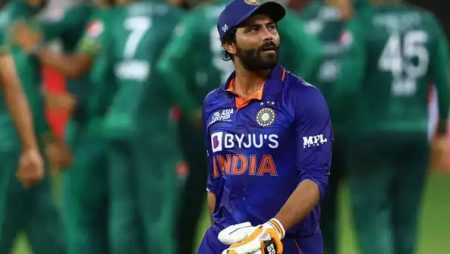 Ravindra Jadeja will miss the next Bangladesh trip. The India all-rounder has not recovered from an injury sustained at the Asia Cup. And will have to be swapped in the Bangladesh-bound team. He was a conditional selection in both the ODI and Test teams for the three-ODI and two-Test tour.

Jadeja, who will be 34 next month, has not entirely healed from the unexpected injury he received during the Asia Cup in August. According to sources at the Board of Control for Cricket in India (BCCI) and his home town Rajkot. Jadeja’s final appearance for India came against Hong Kong on August 31 in Dubai. He eventually had to miss a significant portion of the Asia Cup and ensuing World Cup.

ALSO READ: Knight, Sciver, and Brunt returning to the West Indies for a series

The India all-rounder, Jadeja, laid low due to an injury since the Asia Cup

The BCCI said that Jadeja’s participation in the Bangladesh tour is subject to fitness. While releasing the India teams for the visit.

The BCCI stated in a media release on October 31.

The scenario may have grown a bit complicated with the national selection committee being change. They might make the announcement later this week, when the India A squad is also anticipate to be release.

Members of the selection committee, who were recently fire in bulk, have been watching Vijay Hazare matches at various locations. Most, if not all, are likely to be in Ahmedabad, where the 50-over tournament’s knockouts begin on November 26.

Meanwhile, speculation is widespread about the people interested in serving on the new committee. M Venkataramana, a former India spinner, and D Vasu, a former Tamil Nadu all-rounder, are two fresh names being mentioned from the south.

Shiv Sunder Das, currently the batting coach for Punjab, is expected to apply. While in the West Zone, Nayan Mongia, Sameer Dighe, Ramesh Powar, and Salil Ankola are mentioned as potential candidates. According to reports, Rajesh Chauhan from the Central Zone and Mithun Manhas from the North Zone are among those interested in applying.

There is still time to apply until November 28th, and additional names may emerge. The BCCI expects to finish the new committee’s establishment by mid-December. After which it may select the Cricket Advisory Committee (CAC).