Following a closed-door meeting with Nazmul Hasan, Shakib will travel to South Africa. 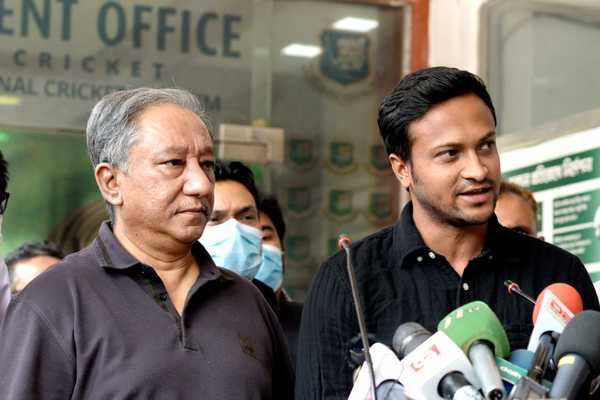 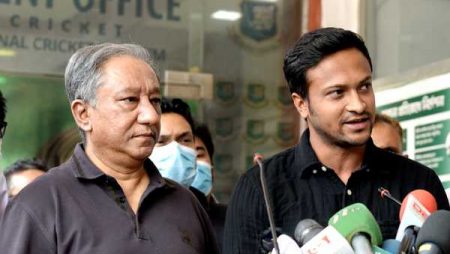 Shakib al Hasan, a Bangladesh all-rounder, is available to play all three formats in 2022, and will, after all,  be  traveling to South Africa for the upcoming series, which will consist of three one-day internationals  and  two  Test matches.

After an hour-long closed-door meeting, BCB Nazmul Hasan and Shakib held a joint press conference in  Mirpur to announce the news.

Shakib previously stated that he is not in the best mental or physical condition to tour South Africa. Despite  the uncertainty surrounding his future, the BCB gave him an all-format central contract.

“I spoke with Papon bhai, and we agreed that we could do the plan for the entire year.” Shakib told reporters in Mirpur on Saturday that he will be available in all three formats and that the board will decide when to rest  him.

“I am available for the South Africa series,” Shakib continued. “Now I’m in a much better position” (mentally). After my trip to South Africa, I’m hoping to improve. It happens from time to time that being in a better environment makes you feel better.

Following a closed-door meeting with Nazmul Hasan, Shakib will travel to South Africa.

Shakib is expected to leave the next day (March 13). However, Nazmul clarified that his participation in the series does not guarantee that he will be available for the entire series against South Africa. The board president also stated that Shakib will be provided with adequate rest.

“We’ve given him some time off.” He stated that he is not in the best of mental health and that anything can  happen to anyone. Please don’t make any assumptions. He could be in a state where making decisions is  difficult for him,” Nazmul explained.

Also Read: Twitter mocks the Pakistan Cricket Board over a photo of Marnus Labuschagne eating “Daal and Roti for Lunch.”

“After a lengthy discussion, he announced today that he is available to play in all formats, including the South Africa series. I had previously suggested that he take a break and reconsider his situation.

Also Visit: The Delhi Capitals have unveiled New Jersey ahead of the IPL 2022 season.

Today, he came to the board and expressed his desire to be a member. To show our support for him, we  should all band together. He’ll go to South Africa, but he might not be able to play in one or two games; however, don’t make a big deal out of it.”

Visit: Sachin Tendulkar: How an internet sensation youngster found up practicing with cricket the legend.

On Saturday, the final batch of Bangladeshi players left Dhaka, while two more batches left on Friday for the  series in South Africa.