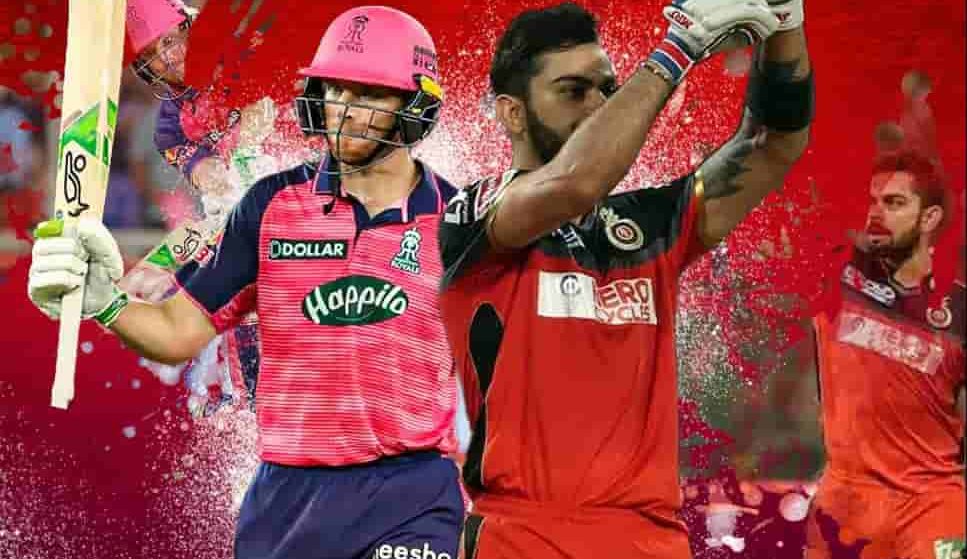 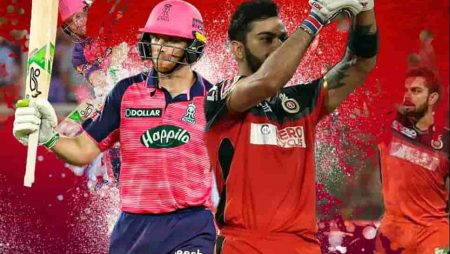 Jos Buttler hit a tournament-record-tying fourth century. As Rajasthan Royals defeated Virat Kohli’s Royal Challengers Bangalore by seven wickets on Friday to set up an IPL final against Gujarat Titans. Rajasthan reached their target of 158 with 11 balls to spare in the second qualifier. At the world’s largest cricket stadium in Ahmedabad, as Buttler equaled Kohli’s record of four tons in an IPL season. His 106 not out came off 60 balls, with 10 fours and six sixes.

Fast bowlers Prasidh Krishna and Obed McCoy each took three wickets to restrict Bangalore to 157-8. Set up victory for Rajasthan, who won the inaugural edition in 2008. Under late Australian great Shane Warne’s captaincy.

The final will be played on Sunday at the same venue after GT defeat RR in the first qualifier earlier this week in their debut season.

Buttler got the Royals off to a fast start, putting on 61 runs in 31 balls with left-handed. Yashasvi Jaiswal, who fell to Australian seamer Josh Hazlewood at the start of the sixth over.

The in-form Englishman, who leads the tournament in batting with 824 runs, hit his fifty in just 23 balls.

Wanindu Hasaranga gave the RCB some hope when he stumped skipper Sanju Samson for 23.

Buttler reached his century and punched the air in delight. Before hitting the winning six to extend Bangalore’s wait for their first IPL title.

RCB and reach their first final since 2008.

When Bangalore batted first. Their former captain hit New Zealand left-arm quick Trent Boult for a six in the first over but fell to Krishna in the next.

Kohli, who hit a match-winning 73 in his team’s final league match. After a largely difficult season that included three golden ducks, had his gloves touched by a pitch invader after the first ball of the match.

Faf du Plessis and Rajat Patidar put on a 70-run stand as the pair attempted to take the attack to the opposition bowlers.

Du Plessis, on the other hand, was caught at short third man off McCoy, who returned figures of 3-23. He scored 25 points.

Patidar reached his fifty with a six off Yuzvendra Chahal’s leg spin, but he was quickly dismissed by Ravichandran Ashwin, who took a well-judged catch at long off.

Wickets continued to fall as Krishna took two consecutive deliveries in the 19th over to finish with figures of 3-22 from four overs.