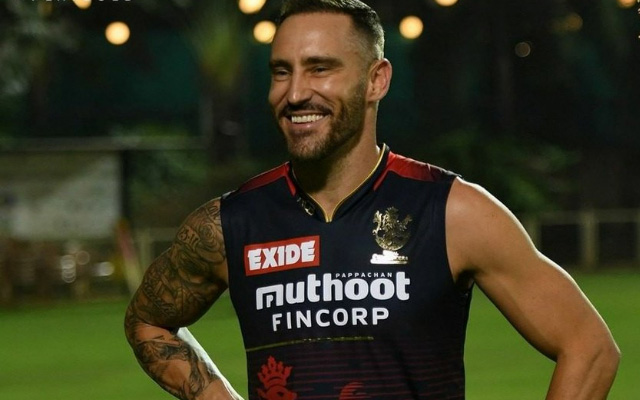 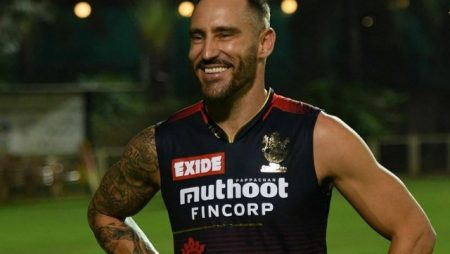 On Friday, Royal Challengers Bangalore (RCB) were defeated by Rajasthan Royals in the second qualifier of the Indian Premier League (IPL) (May 27). Perhaps a certain Jos Buttler took them out by himself, smashing his fourth century of the season. His unbeaten 106 off 60 deliveries helped RR comfortably chase down the 158-run target in the 19th over of the innings.

While Faf du Plessis admitted that the Royals outplayed the RCB, he also claimed that batting became easier as the evening progressed. He also compared the first few overs of the Royal Challengers Bangalore innings to Test cricket, claiming that the ball was hooping around a lot. Their key player and opener, Virat Kohli, was also out early to Prasidh Krishna, putting a dent in their innings.

“We felt a few short when we walked off the field.” The first 3-4 overs were difficult because there was movement. On that pitch, I thought 180 was a good score. The first six overs resembled a Test match. “This wicket was quicker off the new ball than the others, and then it eased off later in the innings,” Du Plessis said at the post-match presentation ceremony.

Also Visit: Despite his mother’s illness at home, Obed McCoy delivers for RR.

RCB had a fantastic season, according to Faf Du Plessis.

The RCB’s wait for a trophy continues, but Faf du Plessis believes they had a great season and is proud of the way his team performed. He also thanked all of the fans and expressed his gratitude for the overwhelming support for the franchise. He also praised the Royals’ performance, believing they deserved to play in the final more than RCB.

“RCB had a fantastic season. I am extremely please. Coming in for my first season and seeing how special the fans are everywhere we go. Thank you to everyone who came out to support us. You’ve given us some incredible performances. “We played a really strong Rajasthan team who probably deserved it more than us,” the RCB captain added.

Also Read: We know Shane Warne is beaming with pride as he looks at us: Jos Buttler