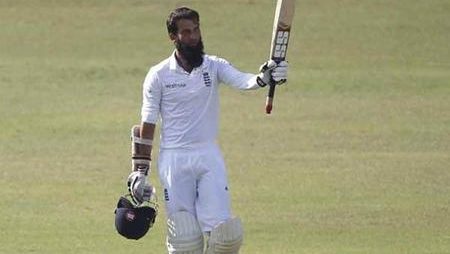 England all-rounder Moeen Ali has ruled out a Test return for his country, taking a ‘honest’ position with red-ball Head Coach Brendon McCullum.

In September 2021, the 35-year-old declared his retirement from the longest format. However, in June 2022, McCullum met with the all-rounder to discuss a possible return to the red-ball format. England will face Pakistan in a three-match test series beginning on December 1 in Pakistan.

Moeen informed McCullum that he will not be participating in the upcoming Test series in Pakistan. However, the southpaw will be an important player for England in the T20 World Cup 2022, which begins in less than two weeks.

Moeen Ali has declared that he will not return to the Test cricket.

“I’ve had an honest chat with Baz (Brendon McCullum) and I can’t see myself being stuck in hotels for another month and playing to the best of my ability, Baz phoned me, we spoke at length and I said, ‘Sorry, I’m done’. He understands, he knows the feeling. Test cricket is hard work. I’m 35 and something’s got to give.”

The left-hander told the Daily Mail his discussions with McCullum about returning to Test cricket.

Moeen also stated that he wants to enjoy the game and does not believe he has anything to contribute in Test cricket. He has done well in white-ball cricket and wishes to focus on it.

“I want to enjoy my cricket and it wouldn’t be fair to reverse my decision and then struggle to give it my all. It’s time to close the door on that side of my career. To play 64 tests for England has been a privilege and a dream fulfilled,”

Read also: ‘He is a captain who puts the team first.’ Daren Sammy heaps admiration on Rohit Sharma