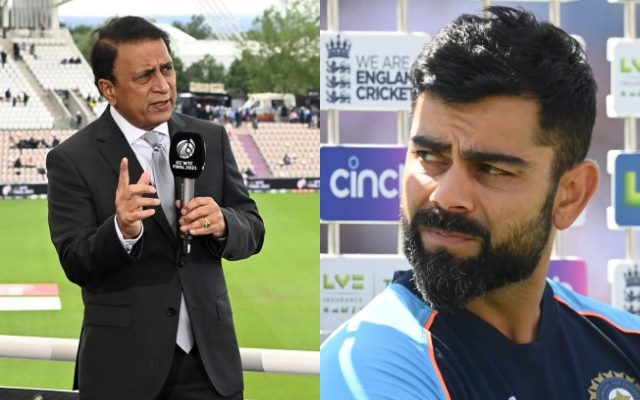 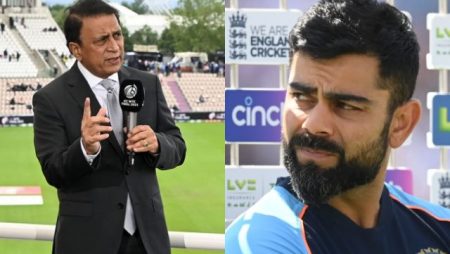 Despite Virat Kohli’s poor performance, Sunil Gavaskar supports him. Additionally, he believed that the ODI series had arrived just in time for the former Indian captain.

Sunil Gavaskar, a former cricketer for India, has defended Virat Kohli and offered his support to the veteran player. Who has been the subject of criticism for a while now because of his recent batting struggles. The master batsman hasn’t been at his best lately because he struggle to score big runs in all three formats. Several former cricketers and fans have questioned Kohli’s inclusion in India’s T20I playing XI.

Despite the fact that even the captain, Rohit Sharma, is currently struggling, Gavaskar feels that Kohli has received more criticism than other players. Players are inevitably going to make mistakes when batting with the reckless approach that Team India is currently attempting.

“I don’t understand why no one speaks out when Rohit Sharma or anyone else isn’t among the runs? The template that the team is using now of playing attacking cricket, you are bound to fail when it doesn’t come off. We have a good enough selection committee to think about this and take a call,” Gavaskar told SportsTak.

“I still think you have another two months or so before you have to reveal your T20 World Cup roster. The Asia Cup will feature some top-notch teams, and you can select your team based on how they perform there. No need to act prematurely at this time, he added.

For Kohli, the ODI series has arrived at the ideal time: Gavaskar

Gavaskar added that the upcoming ODI series against England will help the former Indian captain in finding his form in response to Virat Kohli’s performances. In the third T20I match against England. Kohli was dismiss on 11 as he tried to chase down India’s new batting strategy while attacking the bowlers. Before getting out off the very next delivery, he hit a four and a six.

Yes, the ODI series is perfect timing for him. He can get a few overs to settle in, understand the conditions, and determine whether the pitch is bouncing or swinging in the air. This is a great format for Kohli, in my opinion. Gavaskar continued, “Maybe Kohli must have thought that he needed to get as many runs as possible in fewer deliveries so that it will be advantageous for both him and his team. Your team has adopted this template of attacking cricket.