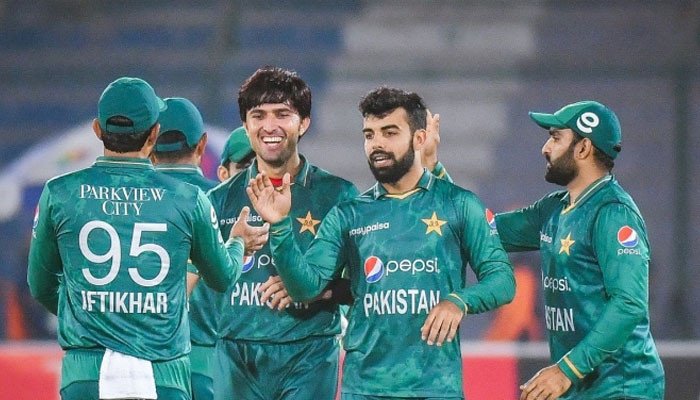 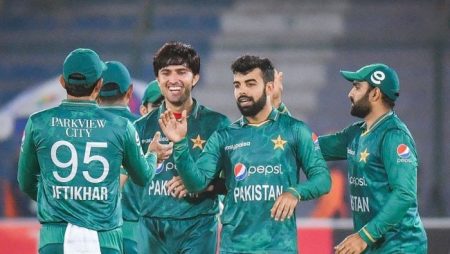 Shadab Khan: His 12-ball 28 established the tone for the game before his economical 0 for 22 put the brakes on the West Indies.

Pakistan’s well-rounded bowling assault helped the home side successfully defend a score for the second night in a row, giving Pakistan an unassailable 2-0 lead over West Indies in the three-game T20I series. With opener Brandon King’s beautiful strokeplay, West Indies appeared to be on track to take down the 173 total after ten overs, but things swiftly unravelled.

With 0 for 22, Shadab Khan strangled the batters, Mohammad Nawaz took important wickets, Mohammad Wasim Jr bowled to his plans, Shaheen Shah Afridi claimed three middle-order victims in one over, and Haris Rauf dismissed King – and the game’s tenth wicket – to secure the deal for Pakistan.

Shadab’s most important contribution, in retrospect, was with the bat rather than the ball. In the first innings, his 12-ball cameo of 28 was the difference between the two teams, with Pakistan winning by nine runs.

Hosein got Babar Azam for a 0 in his 1 for 19 sessions on Monday. He indirectly contributed to Babar’s dismissal for 7 tonight by strangling the run-scoring from one end when Pakistan choose to bat.

When they took on Hayden Walsh Jr’s arm from the backward point in the third over, Mohammad Rizwan tried to look for a run that wasn’t there and ran his opening partner out.

Hosein’s stock ball was a length delivery that snuck up on right-handed batters while the ball was fresh new, preventing them from freeing their arms.

A wobble in the middle order

But it wasn’t going to be like the first T20I when Rizwan and Haider hit magnificent fifties to help Pakistan reach 200. Instead, Rizwan was bowled for a 30-ball 38 on the first delivery of the match by sixth bowler Odean Smith, just as he was about to accelerate.

Haider was caught at deep point for a 34-ball 31 in Smith’s next over. Rizwan went out to a wide slower ball that he bunted to cover, while Haider had almost enough in his shot for a six after heaving a wide ball over point, but neither of those was wicket-taking deliveries.

Turn it on, Iftikhar and Shadab Khan

Despite the loss of wickets, Iftikhar Ahmed remained aggressive. After Rizwan’s wicket, he came in and promptly punished Walsh’s half-tracker for four. In Asif Ali’s company, he then dealt in fast runs between the wickets.

In the 18th over, Oshane Thomas punished the tall right-arm fast. By slamming two sixes over deep midwicket and far off. Iftikhar, on the other hand, was caught behind Thomas’ final ball. Of the over for a 19-ball 32, just as he looked to give Pakistan a significant boost.

The regal innings of the king

The opener’s first boundary was streaky, an inside edge down to the fine leg. But he rediscovered his range after that. In the second over, Nawaz, who shared the new ball with Afridi. Was drilled over long-on for six, and Rauf was swatted over mid-on in the powerplay’s penultimate ball.

After watching Shai Hope and Shamarh Brooks return to the dugout for poor scores. He resorted to safe shots down the ground despite hitting infrequent fours.

For the West Indies, Shaheen is excessively hot

When West Indies needed 46 off 24, Afridi still had two overs left, the first of which yielded three wickets. Odean found Asif on the boundary line, Dominic Drakes snatched one from Rizwan. And Walsh’s stumps were shaken by an almost-yorker.