‘It would be an incredible honor,’ says Alyssa Healy of her ambition to lead Australia. 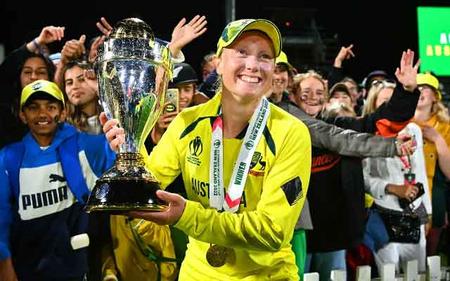 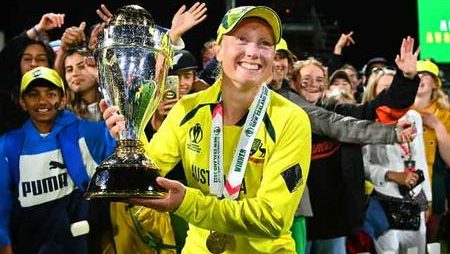 ‘It would be an incredible honor,’ says Alyssa Healy of her ambition to lead Australia. ‘I would embrace the challenge and perhaps make my stamp on the game,’ Healy added.

Alyssa Healy, Australia’s opener and wicketkeeper, voiced her ambition to captain the national team. She stated that she would be pleased to do it. Skipper Meg Lanning has taken an extended vacation from cricket. Rachael Haynes just announced her retirement from international cricket, paving the way for a new captain.

The Australian squad presently leads all other teams, since the Women in Yellow are the reigning T20 and ODI Champions. Meg Lanning led Australia to gold in the first-ever Commonwealth Games cricket tournament, adding to the team’s already impressive resume.

“I’ve been vice-captain in the Australian side before and that’s been a great opportunity, but yeah, if the call did come my way there’s no possibility I’d turn it down. I think it would be an unbelievable honor and its something that I would really take the challenge and hopefully leave a mark on the game where I can.”

Prior to traveling to South Africa to defend the T20 World Cup, the women’s team will visit Pakistan in January 2023 for an ODI and T20I series. With no news on Meg Lanning’s return to cricket in the near future, Healey said she has considered taking on an official leadership position in the Australian squad.

“I’ve given a little bit of thought, I mean it would be rude not to as one of the senior plays in the side, about whom they might lean on to take over the reins. But, from my point of view I’m looking forward to the WBBL first, and if that phone call comes then you beauty.”

“There’s so many leaders within our Australian team and Australian squad at the moment and obviously Meg’s on a bit of a break at the moment, so hopefully she’ll come back and be as fresh as a daisy and want to play a part in the side. But I guess from our point of view, I’m sure someone is going to step up take the reins and do a fantastic job.”

Read also: Jonny Bairstow provides an update on his recuperation and says he will return to cricket in 2023.