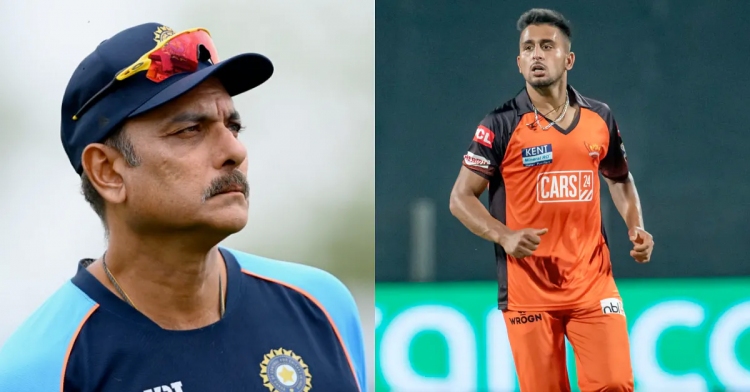 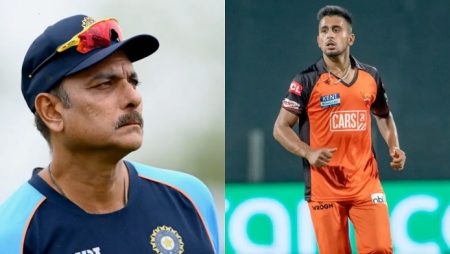 Ravi Shastri on  decision to select Umran Malik for the T20 World Cup. Umran Malik not named to India’s XI for the first T20I against South Africa.

Former India head coach Ravi Shastri believes that emerging speedster Umran Malik should not include in the Indian squad for the T20 World Cup later this year, which be held in October-November. Further clarifying, Shastri state that it is too early to give Umran a big break in his career. That the youngster needs to be groom in order to be in the picture.

The Jammu and Kashmir pacer reward with a national call-up for the ongoing home T20I series against South Africa. After impressing everyone with his lightning speed and accuracy with the ball in IPL 2022. He was not, however, name to the playing XI for the opening game in Delhi on Thursday (June 9), in which the Men in Blue were defeat by seven wickets.

Groom Umran Malik and add him to your team: Ravi Shastri on decision to select Umran

“No, not yet T20.” Dress him up. Take him on as a member of your team. If anything, let him begin playing white-ball cricket, or 50-over cricket, and possibly even red-ball cricket. “Groom him there with the red ball team and see how it goes,” Ravi Shastri told ESPNcricinfo.

Umran Malik, one of Sunrisers Hyderabad’s mandatory retainers for IPL 2022, clocked well over 150 kmph at regular intervals and finished with 22 wickets from 14 matches. More importantly, he went on to take three and four wickets, as well as a fifer.

Meanwhile, India suffered a crushing defeat in the first game. Defending a mammoth total of 211 at the Arun Jaitley Stadium, the Indian bowlers were successful in dismissing South Africa’s top order but were then taken to task by the solid middle-order duo of David Miller (64) and Rassie van der Dussen (75).

The defeat ended India’s streak of 12 consecutive T20I victories, which began in November of last year. Meanwhile, it remains to be seen whether Umran will be given his first India cap in the second T20I on June 12 at the Barabati Stadium in Cuttack.

Also Read: Hardik Pandya says of the sacrifices he made for his comeback.