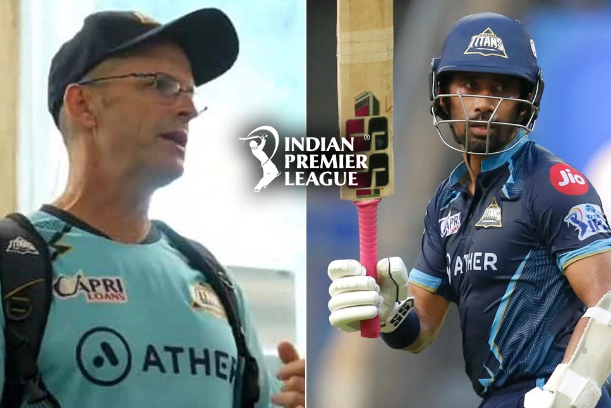 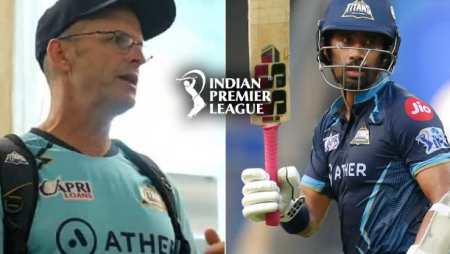 Wriddhiman Saha associated with the IPL since its inception as one of the best keepers in the country. But his batting credentials haven’t received as much attention as they should. The veteran batter recently lost his place in the Indian team. Rishabh Pant taking his place, and it appear that Saha’s career coming to an end.

However, this was not the case because he signed a last-minute contract with the Gujarat Titans in the mega auction and was benched for the first half of the season. He made an immediate impact after being called up, scoring 281 runs in eight games, and has been outstanding at the top, particularly on the powerplay. In the previous game against CSK, when Gujarat was chasing a low score, Saha came through with an unbeaten 57-ball 67 to help his team win. In a recent interview, batting consultant Gary Kirsten praised the 37-year-old for his contributions.

Wriddhiman Saha knows his game and excels on the power play: Gary Kirsten

Gary Kirsten stated that Saha has impressed the franchise and praised him for his professionalism and experience. He also mentioned Saha’s impact on the powerplay and how he is always there for the team when they need him. He concluded that Saha recognizes his strengths and emphasized the latter’s ability to play the short ball exceptionally well.

“We were obviously very impressed” (with Saha). It’s great to have him on board. He’s a true professional. And he has extensive experience in the IPL and other forms of cricket. He understands his game and excels on the power play. “He was always an important asset to have when we needed him, and he has come in and done really well,” Gary Kirsten said at the virtual post-match press conference, according to India Today.

“I don’t think there’s anything specific we need to tell him (Saha) because he knows how to play the power play really well.” The most important aspect is that men (players) play to their strengths and abilities. “He’s a fantastic short ball player,” he added.