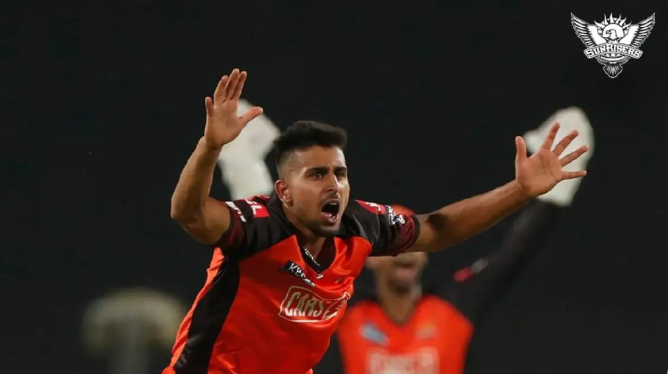 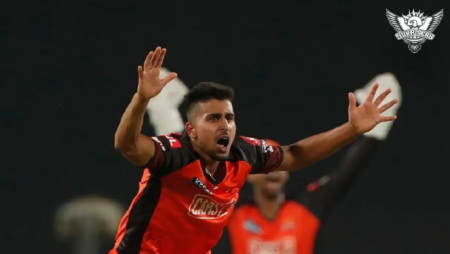 Former Pakistan captain Rashid Latif praised fast bowler Umran Malik after he bowled a stunning performance to help SRH beat KKR. Umran bowled brilliantly for 2/27, including the crucial scalps of Shreyas Iyer and Sheldon Jackson, to help SRH restrict KKR to 175/8 in 20 overs. Umran took center stage after removing KKR captain Shreyas with a superb yorker for 28 runs. Latif stated on his YouTube channel that Umran can “certainly make a name for himself” in the coming year for the Indian team, particularly in limited overs cricket, due to his incredible pace.

The ex-Pakistan captain even suggested that India consider sending Umran to Australia for the T20 World Cup this year because of the pace and bounce he would extract from the bouncy pitches.

“After the IPL, they will start preparing for the international matches again. We have an Asia Cup and then the World Cup. They will have to try him out in one of them. On the bouncy pitches of Australia, he can easily take out the Asian batters, whether they’re from Sri Lanka, Pakistan, Afghanistan, or whoever India plays. Maybe the Aussies could play him,” he said.

“He has the potential to be a very useful bowler there. Because today’s batsmen aren’t used to facing such fast bowling. Most fast bowlers’ speeds have now dropped; consider Mitchell Starc and Pat Cummins. Shaheen Afridi has a great swing, but his top speed is around 145 kph. Haris is present, but his bouncer isn’t as effective as it could be with his fuller length. Umran has the potential to make a name for himself with the white ball in the future “Latif was added.

SRH went on to win by 7 wickets against KKR. Rahul Tripathi and Aiden Markram each hit fifty, putting the team on the right side of the finish line.

Also Read: Umran Malik’s role is to Run and express himself: Tom Moody