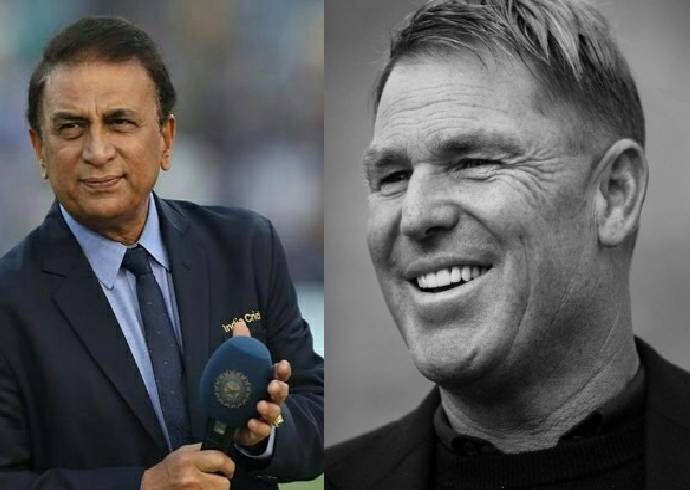 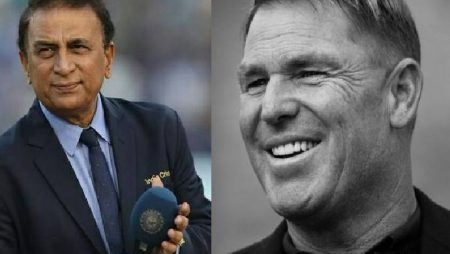 Sunil Gavaskar praised Shane Warne’s contribution to cricket, but claim the Australian was not the best  spinner of all time.

India’s greatest batsman Sunil Gavaskar expressed his shock at Australian spin legend Shane Warne’s  untimely death. Warne’s contribution to cricket was lauded by Gavaskar, but the Australian was not the greatest spinner of all time, according to Gavaskar.

On India Today, former Indian captain and Indian batsman great  Gavaskar said “Indian spinners and Muttiah Muralitharan were certainly better than Warne.” The Australian spinner died of a suspected heart attack in Koh Samui, Thailand, at the age of 52.

Shane Warne has 708 Test wickets and 293 in one-day internationals. But Gavaskar believes Sri Lankan  spinner Muralitharan is a “rank above him.”

“The Indian spinners and Muttiah Muralitharan were far superior to Warne in my opinion. Consider Warne’s  record against India. It was a fairly ordinary performance against India “Gavaskar stated in an interview with  India Today.

“King size, as they say, and he did that, and perhaps because he lived life in such a way, his heart couldn’t take it and he died so soon,” Gavaskar said.

The timing of Gavaskar’s comments, as well as his remark about Australian lifestyle, irritated some of Warne’s social media followers.

Warne’s death came on the heels of that of another Australian great, wicketkeeper Rod Marsh, who died at  the age of 74.

“Not only Australian cricket, but the entire cricket world, has lost two game titans in the span of 24 hours. Shane Warne came after Rodney Marsh. This is amazing. Acceptance is difficult to come by “Gavaskar  elaborated.

“He (Warne) mastered a skill that is extremely difficult to master, which is wrist spin.” To pick 700-plus  wickets in Test cricket and hundreds more in one-day cricket demonstrates how good a bowler he was.

“Finger spin is much easier because you have more control over what you want to bowl. But leg spin or wrist  spin is extremely difficult. Because of the way he bowled, the way he seemed to create magic…at will. He was revered throughout the cricketing world.”