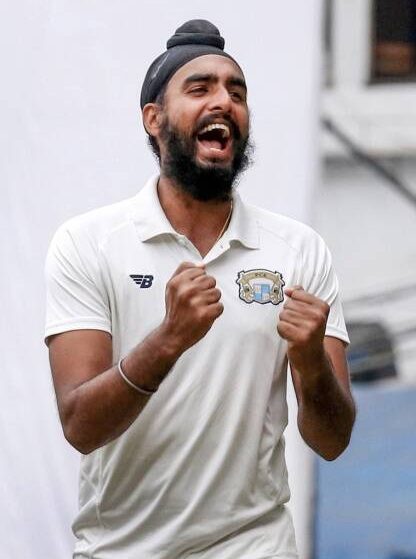 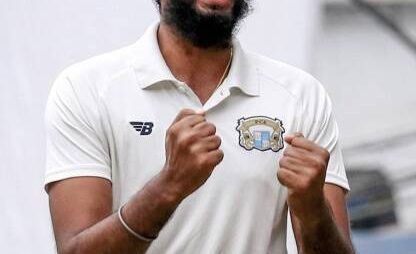 Baltej Singh Dhanda has only played 15 games for Punjab since making his first-class debut in the 2011-12 season. Six of them arrived in the 2019-20 season. After Gurkeerat Singh Mann, the team’s second-most senior player has finally got his second wind at the age of 31.

After a stress fracture and ten seasons of dormancy, the bowler is reaping the benefits of his hard work.

The seamer picked up his first five-wicket haul against Himachal  Pradesh in the  first match  of the  season  and is hungry for more in the coming games.

My first five-wicket haul came after ten years and fourteen matches. You can understand how important this  moment is for me. Baltej told The Indian Express, “It was priceless; maybe, I will get more in the future.”

Despite getting a lot of wickets in the Katoch Shield, Punjab’s inter-district event. He mostly serve as a  bench warmer for the state side. Baltej was push to sixth or seventh in the pecking order by Punjab’s fast bowling stocks, which included VRV Singh. Manpreet Gony. Siddharth Kaul. Sandeep Sharma, and Barinder Sran

Because of the severe competition, I was only able to get in if a couple of them were injure or serving on national duty. “I’d be lucky to play one match per season,” he remark, “and even if everyone was available, I wouldn’t be in the team.”

Baltej’s initial love as a kid in Ludhiana’s Kaddon village was hockey. The aspiring central midfielder had previously only participated in sporadic school events. Harbhajan Kala, his childhood coach, observe Baltej playing hockey and inquire if he was interest in cricket.

I also played cricket for my high school. He invite me to try out for his academy after I tell him I was a quick bowler. “It was Kala sir who first assured me that I have the ability to be a great bowler,” Baltej recalls.

Also Read: Babar Azam was not to blame for the Karachi Kings’ poor performance; it was a weak team:  Rashid Latif

The Ludhiana District Cricket Association (LDCA) held a fast bowler trial in 2010. Baltej was quickly select for the Ludhiana Under-19 team after Kala drove him there. Baltej used to ride his bicycle the 24-kilometer distance from his hamlet to LDCA, but the effort just strengthened his resolve. Cricket gradually surpassed hockey in popularity.

Baltej made the Punjab Under-19 squad and won the Cooch Behar and Vinoo Mankad age-group championships for his state in less than a year. Despite being one of the standbys for the 2010 youth World Cup, he was not select for the Indian under-19 team.

See this: Mithali Raj’s squad will be far stronger with new talent when I retire after the World Cup: Mithali Raj

2 Replies to “Punjab seamer Baltej Singh Dhanda is realizing his adolescent potential in the Ranji Trophy.”