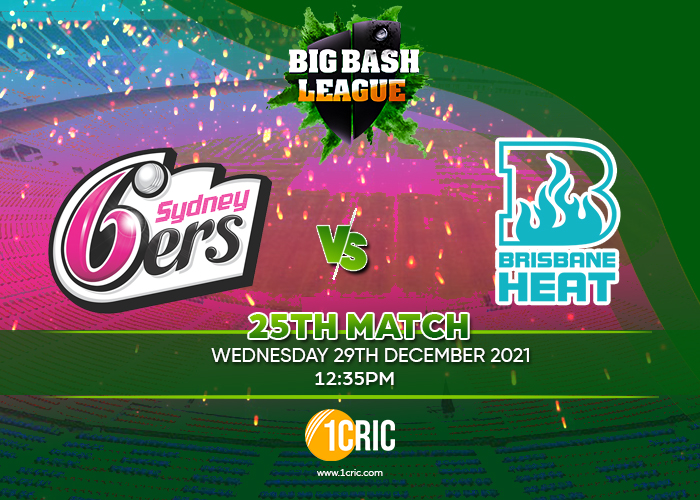 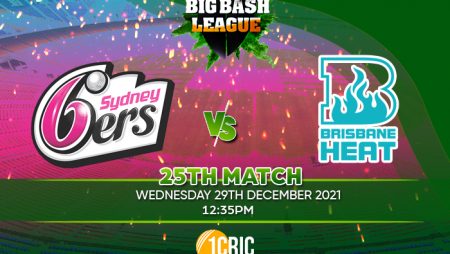 Sydney Sixers vs Brisbane Heat: Because of their solid and well-balanced team, the Sydney Sixers are always difficult to play against. Almost all of their batsmen have been in fantastic form, but Josh Philippe and Moises Henriques have been the standout performers so far. For the Sixers in BBL 2021-22, both of them lead the team in runs scored, sixes hit, and fours hit.

The Brisbane Heat have struggled to win games in the BBL 2021-22 season so far, but we don’t believe they are as poor as their current record suggests. Indeed, some encouraging indicators emerged in the previous match, prompting us to take them seriously in this one. Chris Lynn rediscovered his form and slammed five sixes on his way to his first fifty of the season, Mark Steketee bowled brilliantly with the new ball, while Ben Duckett’s batting form continued to be great.

2.38 for Brisbane Heat to win the match

The Sydney Sixers are the Big Bash League‘s two-time reigning champions, and they’ve began their quest for a third crown with a bang. They are currently second in the BBL 2021-22 standings with five victories from six games. Their next encounter is against the Brisbane Heat, a squad that has struggled to gain traction and is now in the bottom half of the table with only two wins in six games.

The Sydney Sixers are the favourites on all cricket betting sites, but there are still some betting opportunities to be had.

Sydney Sixers vs Brisbane Heat BBL 2021-22 match prediction and cricket betting tips. On December 29, 2021, the match will be held at the Sydney Cricket Ground in Sydney.

The Brisbane Heat will be our pick to win this match. They are clearly the underdogs going into this match, but we believe now is the moment to support them. Their top batsmen have been in good form, they have the depth to rival the Sydney Sixers, and their bowling lineup is a good match for the Sydney Sixers’ batting.

Make a wager on the Brisbane Heat to win.

Read more: Ratan Tata The Industrialist And Philanthropist Turns 84
Visit also: Best of 2021: WWE and AEW’s craziest minutes, from a flaring table to a fireball