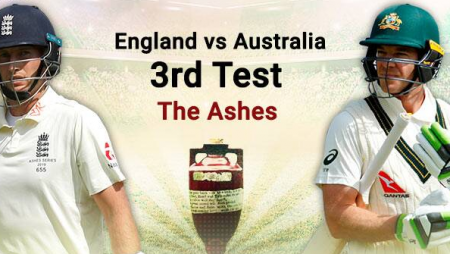 England vs Australia: When India upset Australia in Australia just over a year ago, Australia’s dominance in world cricket appeared to be coming to an end. However, Australia’s never-say-die attitude has been on display for the past two months. They were never favorites in the ICC World T20, but they won it nevertheless.

England has long been dubbed the “home bullies,” and their recent away record backs up that claim. They had a lot of ground to make up coming into the Ashes 2021 after a 2-1 thrashing at home by India earlier this year, and they have failed miserably. Injuries, on the other hand, had nothing to do with their squad’s strength this time. They started with a nearly full-strength roster, but have since looked like minnows in the face of the formidable Australians.

1.49 for Australia to win the match

It’s about that time of year to unwind and take a break from the monotony of work. But not for England’s cricket team. They’ve had six days to rest and recover, and they’ll be putting all they’ve got into the one final chance they have to tie up what has been an embarrassing series for them.

On the 26th of December 2021, the third Test of the Ashes 2021 will take place at Melbourne Cricket Ground, Melbourne, with Australia taking on England. Boxing Day tests have always held a particular place in the cricketing world, and we expect the same to be true this year. Australia has been outstanding thus far in the tournament and will not want to let their guard down. On the other side, England has a lot of work to do.

This is a high-stakes game, and given the stakes and the score, adrenaline levels will be high. We expect both teams to go all out against each other, and a thrilling match is on the cards.

The stakes could not be higher with the series on the line in this match. Australia will be aiming for an absolute victory in Melbourne to demonstrate their superiority once more, while England will be fighting for survival.

We have witnessed conflicting performances from both sides thus far, and if we are to see a turnaround, it will take major improvements in both sides’ performances.

One Reply to “England vs Australia 3rd Test Match Prediction”