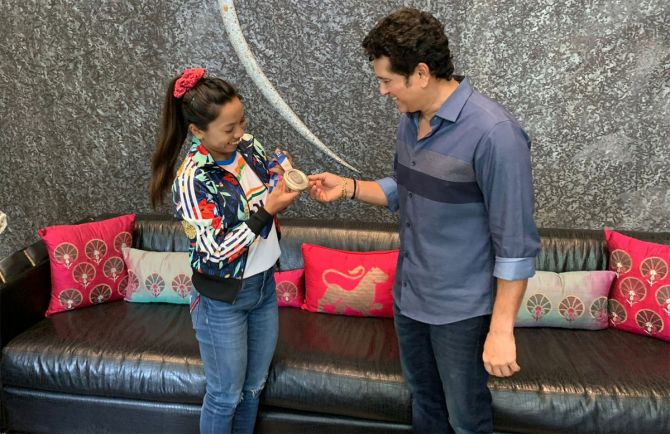 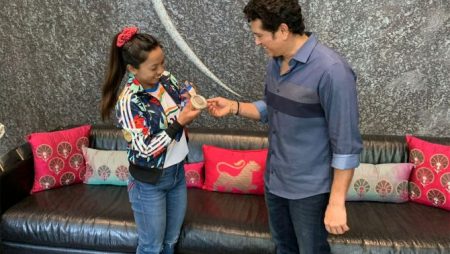 The Indian weightlifter shared a couple of photos with Tendulkar on Instagram.

His “words of wisdom and motivation” will always be with her, Chanu said.

“Loved meeting @sachin_rt Sir this morning! His words of wisdom & motivation shall always stay with me. Really inspired,”

Tendulkar also presented Mirabai Chanu with a bouquet of flowers.

Chanu was the first Indian to win a medal at the recently concluded Tokyo Olympics.

Chanu put up a strong performance, but it wasn’t enough to win the gold medal, as China’s Hou Zhihui grabbed first place.

Windy Aisah of Indonesia won bronze in the same category.

Karnam Malleswari, a former weightlifter who won a bronze medal. At the Sydney Olympics in2000, was her inspiration.

India ended the Tokyo Olympics with seven medals, the most it has ever won at an Olympics.

Lastly, Mirabai Chanu, an Olympic silver medalist. They shared photos of her meeting with cricket superstar Sachin Tendulkar on Instagram.