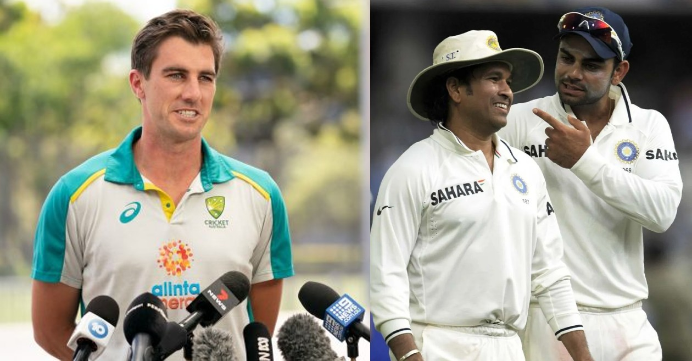 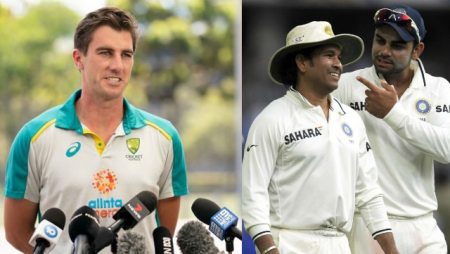 Pat Cummins pick between Sachin and Virat. The second season of the documentary “The Test” is now available.

Virat or Sachin? Every cricket fan has probably asked themselves this question at some point. While Sachin Tendulkar is widely regard as the “God of Cricket” by Indian fans. India’s modern-day batting master Virat Kohli has already shattered several of Sachin’s records and is on his way to shattering more.

With 46 ODI hundreds, the 34-year-old great Indian hitter is just four centuries away from overtaking his hero and becoming the first batter in history to achieve 50 ODI hundreds. It’s really tough to pick between the two because they come from different eras and have different legacies.

As a result, when Australian Test captain Pat Cummins asked to pick between the two famous Indian hitters, he responded with a funny response. During the trailer for the second season of Amazon Prime Video’s documentary ‘The Test,’ Australian batsman Usman Khawaja posed the same question to his Test captain.

“Of what?” Cummins responded. Cooking? I believe I only played Sachin once in a T20 tournament years back. So I’ll go with Virat.”

Cummins was also given the opportunity to put Khawaja in a position, and the bowler did not waste it. He also prepared a few questions for Khawaja. He asked him to rate the Indian batting lineup’s legendary fab four.

The captain asked another inquiry. He asked Khawaja to choose two Indian players who he would want to see play for Australia. In response, the Australian opener said, ‘Kohli (Virat) and Pant (Rishabh).’

Meanwhile, after six years, Australia will return to India for a Test series. When Australia last visited the Asian country, they put up a good fight but were defeated 2-1. Australia, the current global number one Test team, has not won the Border Gavaskar Trophy in the past three editions, which include two series on home soil.