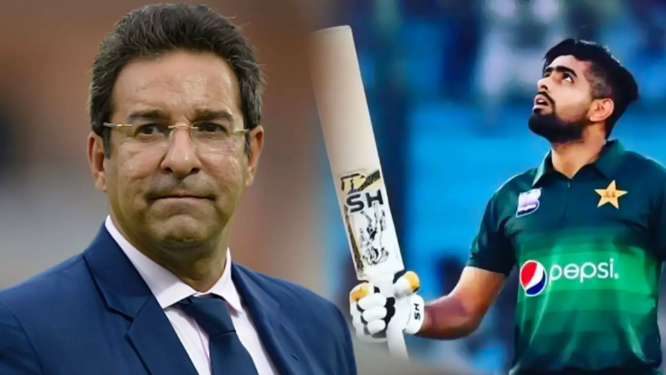 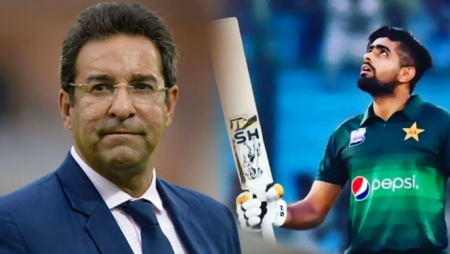 Despite playing a fantastic kind of cricket over the last year, Pakistan captain Babar Azam has been heavily criticized for his poor captaincy at the T20 World Cup. Then, the Test series defeat by England intensified that, so much so that a few former Pakistan cricketers, like Kamran Akmal and Shoaib Akhtar, among many others, have requested the player to surrender his leadership.

Wasim Akram, a former Men in Green international, is on the opposing side of the issue.

He feels the 28-year-old has the potential to become the finest skipper in international cricket.

“Babar Azam’s captaincy is under scrutiny these days; in this trying period, a powerful hand of support came on his shoulder. We don’t need an opponent; we’re self-sufficient; stop making fun of yourself; if you’re sitting next to Imran Khan, Javed Miandad, or Mike Brierley, you’ll understand Babar Azam has a 2-3 year chance. “He will prove to be the finest captain,” the 56-year-old remarked in an interview with Cricket Pakistan.

Notably, under Babar’s guidance, Pakistan lost in the T20 World Cup finals and then suffered a humiliating 3-0 defeat at the hands of England in the Test series. Soon after, they challenged New Zealand in a two-match Test series, but they were unsuccessful, as the series finished on a tie. In the ODI series, the Babar Azam-led side was defeated 2-1 by the Kane Williamson-led side.

When it comes to individual performance, Babar has been outstanding with the bat. The top-order batter concluded 2022 as the highest run-scorer across all forms, with 2598 runs scored in 52 innings. In the interim, he has 17 half-centuries and eight centuries. Next, he will captain the Peshawar Zalmi in the 2019 Pakistan Super League (PSL).