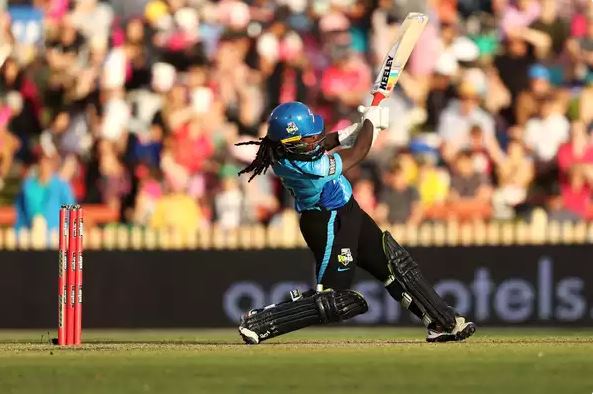 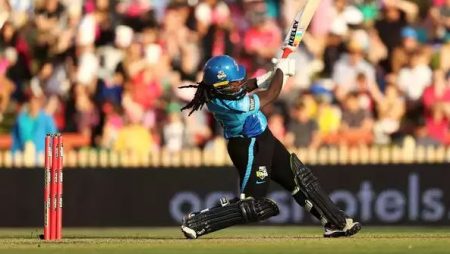 Late is better than never. Up until recently, Adelaide Strikers’ only pacifying strategy consisted of clichés. However, Strikers achieved triumph on Saturday (November 26). Defeating Sydney Sixers by a score of 10-runs to claim their first WBBL championship. In a chase of 148, the Sixers came in with 137 points.

Runs on the board on the big day undoubtedly aided Strikers, who got off to a fast start. Before being set back by two wickets, the opening pair of Laura Wolvaardt and Katie Mack contributed 51 for the first wicket.

ALSO READ: Ruturaj Gaikwad Sets a new record by hitting seven sixes in an over during a Vijay Hazare Trophy match.

Dottin was the star performer for Strikers with both the bat and the ball.

Dottin came onto the field at 53 for 2, put together a 44-point stand with Tahlia McGrath, and finished the game unbeaten at 52. While this was going on, Sophie Ecclestone bowled a tight spell, allowing only 19 runs to be scored in her four overs while also contributing two wickets. Due to Ashleigh Gardner’s poor performance, the Sixers did let up a few runs toward the end.

The goal didn’t appear to be a difficult one, but the Sixers’ hitters never got going. Suzie Bates, Alyssa Healy, Gardner, and Erin Burns all left the game early, leaving the Sixers down at 16 for 4.

Dottin contributed with the ball as well, sharing four wickets with Darcie Brown, the pace ace. Although Ellyse Perry and Nicole Bolton steadily advanced the ball, the necessary rate kept rising. McGrath defeated Bolton, and when Perry later succumbed, the chances of the Sixers were severely diminished.

Although Maitlan Brown managed to sneak in a cameo, it was too little, too late. Sixers suffered yet another disappointment as they once again lost in the championship game despite setting the pace during the league round.