Afghanistan is still leading 1-0: Second ODI in Pallekele was suspended 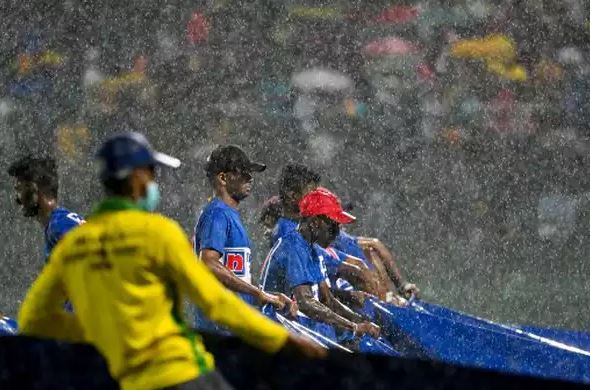 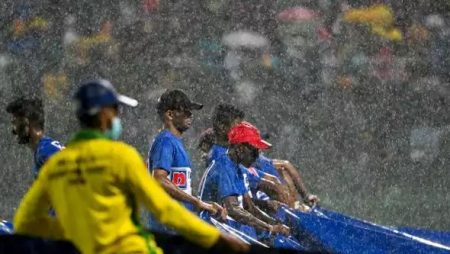 Afghanistan still lead Sri Lanka 1-0 after Sunday’s second ODI in Pallekele was postpone due to rain. Afghanistan was dismiss for 228 runs thanks to Sri Lanka’s outstanding bowling recovery. The second innings saw Sri Lanka reach 10/0, but play was only able to continue for 2.4 overs as rain compelle the players from the field which prolong long sufficient for the umpires to rule the game over.

ALSO READ: Doran and Webster give Tasmania a valiant victory

Rain forced the abandonment of the second ODI in Pallekele

Prior to that, Afghanistan had a solid foundation after deciding to bat thanks to a 113-run second wicket partnership between Rahmanullah Gurbaz (68) and Rahmat Shah (58). However, they were unable to take advantage of it, losing their final nine wickets for just 93 runs, with Mohammad Nabi getting 41 of those runs.

Afghanistan had a good start despite losing Ibrahim Zadran early on as Gurbaz and Shah continued hitting the fence at regular intervals. Lahiru Kumara, who was bowl for 31 runs off his opening three overs, was target by both hitters. Gurbaz and Shah fought well against the spinners after scoring 52 from the opening 10 overs. Although they were not always fully in control of their shots. Afghanistan was able to maintain a constant rate of scoring thanks to their strategy that was intent-driven. With his third six of the innings. Gurbaz reached his 49-ball half-century by lofting a Dhananjaya de Silva delivery over long-off. For his half-century, Shah needed 63 balls. And Gurbaz’s six off Theekshana in the 25th over helped the partnership reach 100.

With fast wickets, Sri Lanka mounted a comeback as Afghanistan lost their footing after a promising start. Gurbaz erred in an attempt at a big hit, Shah miss a sweep and was out leg-before. And Najibullah Zadran was also bowl out lbw following a botch sweep. Gulbadin Naib, who had trouble getting going, was bowl after missing a slog sweep as well. He was the sixth wicket to fall. Even though Mohammad Nabi (41) made an effort to save the innings, wickets continued falling at the other end. Nabi was also remove by Kasun Rajitha, who also removed Rashid Khan and Mujeeb Ur Rahman in the same over. And Kumara claim the final wicket as Afghanistan were bowl out in the 49th over.

ALSO READ: Brendon McCullum said – “Pakistan tour would be fabulous kind of opportunity for someone like Rehan Ahmed”