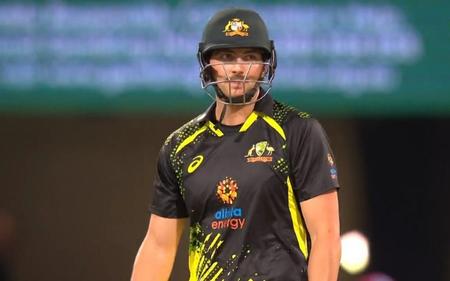 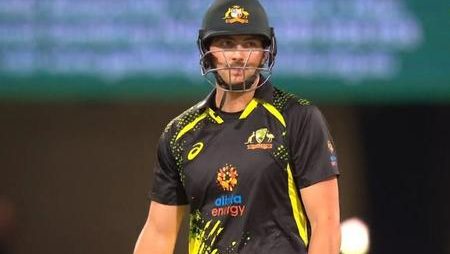 Tim David, the newest Australian sensation, has played some incredible knocks in various areas of the world, earning him the reputation of a smash hitter. It took some time for Australia to see his talent, but opener David Warner has voiced his delight at seeing the 26-year-old named to the Australian T20 World Cup team.

The cricketer, who was born in Singapore, has only played five T20Is for Australia thus far. He shown his talent in the just finished T20I series against India, but his performance of 42 off 20 against West Indies in the series’ second T20I has caught the cricketing world by storm. With the middle-order batsmen struggling, Tim took over and hammered some spectacular strokes to help Australia reach 178 after 20 overs. David Warner has praised Tim David and highlighted his skills.

“Now he’s in our team and our set-up, it’s a godsend. He’s an incredible player and he’s got some serious power. It boosts our middle order. With his height as well, and strength, it suits us that’s for sure.”

Read also: Despite the fact that “I missed connecting two shots,” I am happy with my contribution: Samson Sanju

The selectors now have a headache: Tim David’s future, according to David Warner

Marcus Stoinis, one of the chosen finishers, is presently out of the Australian team, while Mitch Marsh also missed the second T20I against the West Indies. This raises concerns about Tim David’s future. Will he participate in the T20 World Cup or will the team management stick with seasoned all-rounders in the middle?

“Coming out and playing that role there when it was a hard wicket to start on really opens our eyes to ‘how do we utilise that?’ But even what he did for Mumbai (Indians, in the IPL), he got a couple of thirties or forties off eight or nine balls – it’s incredible.”

“You don’t get these types of players every day. It’s going to be good for us moving forward and hopefully, there’s a spot there as well because the selectors have got a headache now.”

When England plays the defending T20 world champions in a three-match T20I series, Australia’s strategies and goals will be evident. This is the final competitive match for each of these teams before the crucial event.