Rohit Sharma pays a visit to the Siddhivinayak Temple in order to seek Lord Ganesha’s blessings ahead of the T20 World Cup. 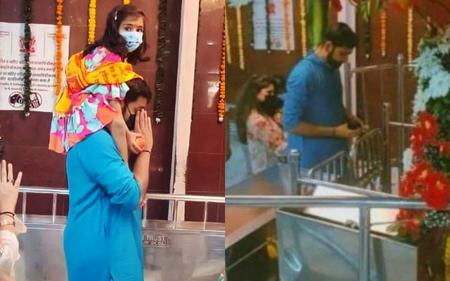 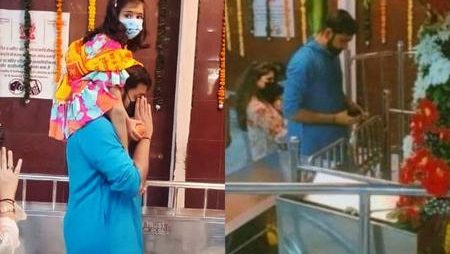 On Thursday, October 6, the Indian squad left for Australia to compete in the T20 World Cup 2022. India will be headed by Rohit Sharma, and they will be seeking to end their nine-year ICC championship drought this time around.

On the day of Dussehra, skipper Rohit Sharma visited the Siddhivinayak Temple in Prabhadevi, Mumbai, to seek Lord Ganesha’s blessings before departing for Australia. Rohit was joined by his wife Ritika and their daughter Samaira in praying for India’s victory in the mega-event.

“He paid a visit to our temple on the day of Dusserah on Wednesday. He came with his wife (Ritika) and daughter Samaira at around 6.30 pm. His visit was not intimated earlier but he was well escorted and looked after by our security staff. He was in the temple for about ten minutes.”

Raut according to Deccan Chronicle.

“Rohit could comfortably take the blessings of Lord Ganesha. The monk gave him a garland and a coconut and blessed the family. We wish the Indian team returns with the World Cup trophy.”

For the first time, Rohit is heading India in an ICC event.

Rohit Sharma would be guiding India in an ICC tournament for the first time. Rohit has led the Men in Blue in a number of multi-nation events. While the Indian team won the Nidahas Trophy tri-series and the Asia Cup later that year, they were unable to defend their championship this time.

The Rohit Sharma-led team was eliminated in the Super Four of this year’s Asia Cup in the UAE last month, falling to archrivals Pakistan and eventual champions Sri Lanka.

Meanwhile, India has a lot of issues to work out before taking on Pakistan at the MCG on October 23. They must address their death bowling issues, particularly the last over that lost them the Asia Cup and saw rival batsmen milking runs in the home series against Australia and South Africa that followed. Second, the Indian think tank must identify a substitute for speed leader Jasprit Bumrah.

Read also: Sanju Samson pushed us in the end, but the guys held hard and led us to victory: Temba Bavuma’s