Sanju Samson pushed us in the end, but the guys held hard and led us to victory: Temba Bavuma’s 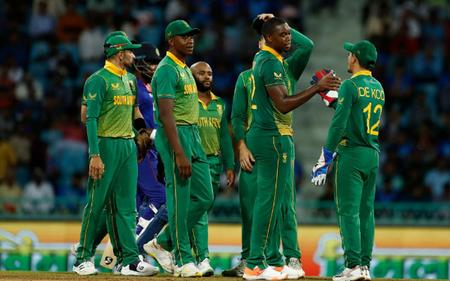 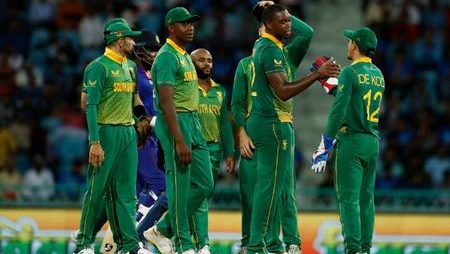 Sanju Samson pushed us in the end, but the guys held hard and led us to victory: Temba Bavuma’s. South Africa defeated India by 9 runs in the opening ODI of the series.

Sanju Samson’s stunning performance of 86* off 63 balls couldn’t help India win the opening ODI against South Africa. With the squad losing a couple early wickets, the middle order was always going to be under pressure. After a rough start, Samson and Shreyas Iyer kept their nerve. They put up a good performance at the Shri Atal Bihari Vajpayee Ekana Cricket Stadium in Lucknow.

.Bavuma had no choice but to put in Tabraiz Shamsi for the last over. Even though the Men in Blue had a solid start, 30 was a mountain to climb. India lose by a few runs in the end, but Sanju’s efforts are well appreciate. Temba Bavuma, South Africa’s captain, mentioned Sanju’s fear at the post-match conference but also praised his teammates for holding steadfast.

“A good fight at the end, obviously Sanju pushed us at the end, but the boys stood firm and took us to the win. There wasn’t much grass on the surface, we lost a couple of wickets in the middle overs, myself and Aiden (Markram), but the boys knuckled down.”

“Miller and Klaasen played positively, stung together a partnership and took us to a good score. Bowling upfront was good, in the first 15 overs by KG and Parnell. I thought we lost our way in the middle overs, gave away far too many runs, but at the end, the result did go our way and I’m happy with that.”

Read also: Injury forces Issy Wong out of the WBBL; Hayley Jensen is named as a substitute by the Hobart Hurricanes

South Africa won a crucial match against India, and they will be looking to dominate the ODIs after losing the T20I series to India. South Africa batted first on Thursday and lost some early wickets in the middle, but Kuldeep Yadav was looking threatening with the ball. The spin magician had Aiden Markram perplexed and was putting a lot of pressure on the new batsmen, but Heinrich Klassen and David Miller were unaffected.

Their 139-run partnership helped South Africa reach 249 after 40 overs. Klassen hit 74 off 65 pitches, while Miller hit 75 off 63 pitches. In response, India took some time to react in the middle, scoring only 18 runs in the powerplay’s eight overs. Sanju Samson and Shreyas Iyer fought their way back, but India’s defeat was largely due to the top order’s cautious attitude.

Read also: Jonny Bairstow and Nat Sciver are named PCA Players of the Year at the annual awards presentation.