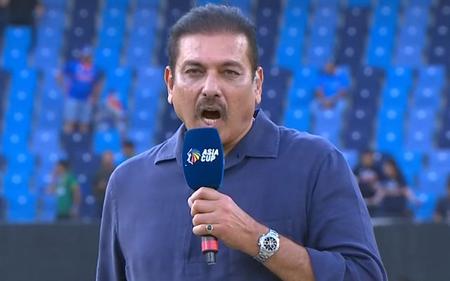 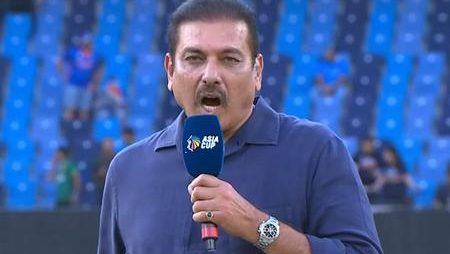 On Thursday, October 6, Team India departed for Australia in preparation for the forthcoming T20 World Cup 2022. However, they have a difficult assignment because of the absence of their two key players. Ravindra Jadeja and Jasprit Bumrah have been rule out of the competition owing to injury.

The absence of Jadeja and Bumrah has caused problems for the Indian squad. Former head coach Ravi Shastri sees this as a blessing in disguise. He believes that the Men in Blue have a great chance to find a new champion in the forthcoming event.

“It’s unfortunate. There’s so much cricket being played, and people get injured. He is injured, but it’s an opportunity for somebody else. There is nothing you can do with injury.”

Shastri said of Bumrah’s injury at the launch of Coaching Beyond , his new initiative with Bharat Arun and R Sridhar, in Chennai as quoted by ESPN Cricinfo.

Read also: Prior to the tri-series, Mitchell Santner has been given cover by Blair Tickner while Santner is on paternity leave

When it comes to injury, there is little you can do: Shastri, Ravi

“I think we have got enough strength and we have a good team. I have always believed if you make it to the semi-finals, it could be anyone’s tournament. The endeavour would be to start well, get to the semis, and then you have got enough strength to probably win the [World] Cup, for all you know. Bumrah not being there, Jadeja not being there – it hampers the side – but it’s an opportunity to unearth a new champion.”

Ravindra Jadeja’s hopes of playing in the T20 World Cup were hamper by a knee ailment. Bumrah is unable to compete owing to a back problem. The same ailment had also led him to miss the Asia Cup.

While the elite bowler recovered successfully at the National Cricket Academy (NCA) in Bengaluru and played two T20Is against Australia a few weeks ago, he allegedly complained of back discomfort before of the first T20I against South Africa and was unable to participate in the series.

Prior to the blockbuster opener against archrivals Pakistan at the MCG on October 23, India will play two warm-up games against titleholders Australia and last year’s finalists New Zealand on October 17th and 19th, respectively.

Read also: INDIA vs SOUTH AFRICA: Kuldeep Yadav pulls a sledge on David Miller after joking him with a ripper move