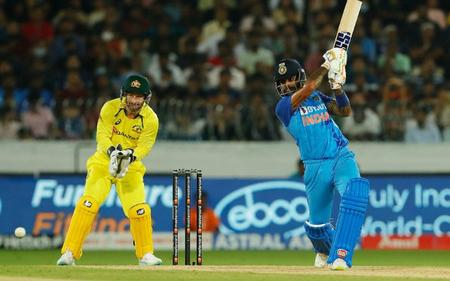 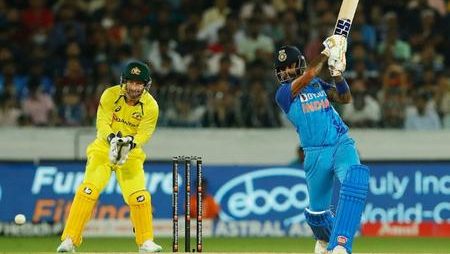 Suryakumar Yadav of India became the world’s top T20I batter for two days, according to ICC stats. On October 3, Suryakumar Yadav and Mohammad Rizwan were equal at 854 rating points.

Suryakumar Yadav has been in excellent form with the bat. He has lately risen to the top of the ICC Men’s T20I batter rankings. His tenure in that position, however, was brief, lasting just until October 3rd. He equaled Mohammed Rizwan’s total of 854 rating points. After two successive fifties in the series, the 32-year-old had risen to the top of the standings. He was dismissed for only eight runs in the third T20I, costing him 16 rating points.

Suryakumar lost one spot to second in the current updated rankings on October 5th, following the last T20I between India and South Africa, but Rizwan remains atop the leaderboard. Pakistan captain Babar Azam presently holds the third slot, and the race to the top is set to heat up in the forthcoming T20 World Cup in Australia in 2022.

Read also: Green continues to start for Australia in the bowling against the jet-lagged West Indies.

Returning to Suryakumar, he has been in top form and has made better use of his 360-degree shots. This year, the explosive batter has scored the most runs in the T20I format, and his consistency levels have been fairly amazing.

Suryakumar won the Player of the Series title after scoring the most runs for India in the three-match series, and he discussed the game’s demands.

“Not really, I didn’t check the stats. But I think that was the demand of the game. My friends send these things (stats and numbers) on whatsapp, I don’t follow it. The thought process was the same, I just wanted to enjoy. I had to take a step back and build a partnership with him. Didn’t work today. DK needed some game time, and I think the way he batted, my number 4 is in trouble. I haven’t thought much about it, but I am looking forward to it.”

Suryakumar told in the press match conference after the third T20I.

Read also: ‘You will never attain your target,’ Jasprit Bumrah says in a cryptic warning to his detractors.