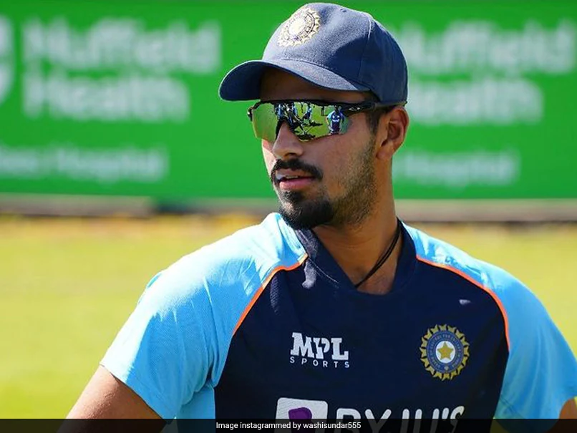 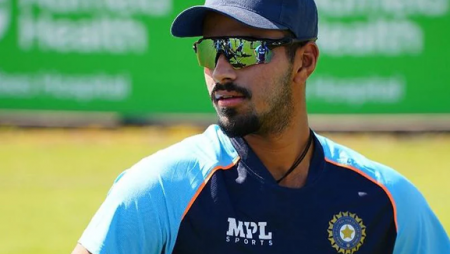 Washington Sundar has been ruled out of the ODI series against Zimbabwe. Sundar has not represented India in an international match since February 11, 2022.

Just as India all-rounder Washington Sundar appeared to be on his way back to international action. The youngster rule out of the upcoming Zimbabwe ODI series. The 22-year-old will treated at the National Cricket Academy in Bengaluru for a left shoulder injury sustained during a 50-over match for his county team Lancashire.

The first of three scheduled One-Day Internationals (ODIs) between India and Zimbabwe will be play on August 18. The Men in Blue will be led by KL Rahul, who will be making his return to cricket after a two-month absence. Many of the senior players have been rested this time. Rahul will be in charge of leading a young team, as Shikhar Dhawan did against the West Indies.

“You have sympathy for Washi.” Such a gifted individual. The rub of the green isn’t working out for him in any way. He requires some good fortune. “The latest injury is a freak one because he was about to play for India in a week,” another official familiar with the situation said.

Sundar has had a difficult year, missing series after series due to a variety of injuries and Covid-19 issues. In July 2021, while playing for Combined Counties in a warm-up game against the Indian team, he fractured his finger, kicking off a seemingly never-ending string of injuries.

He contracted Covid-19 before the white-ball series against South Africa in January 2022, after missing the entire domestic season due to that injury. A hamstring injury forced him to miss the home series against Sri Lanka and the West Indies a month later.

During the IPL in April and May, he split his webbing and missed five games for Sunrisers Hyderabad. Following extensive therapy, the BCCI assisted him in securing a county contract with Lancashire, where he also claimed his first five-wicket haul in county cricket in a day’s play for the Roses. The 22-year-old has played 31 T20Is, four Tests, and the same number of ODIs so far.