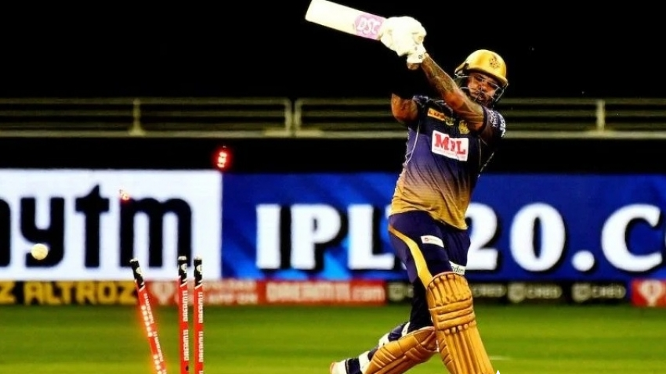 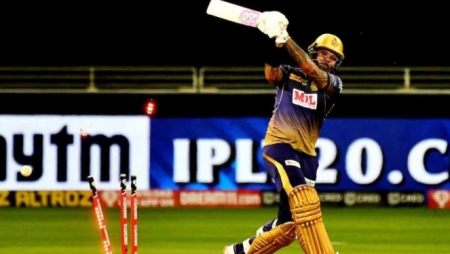 Sunil Narine thanks former KKR captain for recognizing his batting prowess. Narine has two IPL titles with KKR and has been a fixture in the franchise.

Narine had a breakout season for the Kolkata-based franchise in his debut season in 2012. Scalping 24 wickets in 15 appearances while averaging less than six runs per over, and played a key role in the team’s first-ever victory in the cash-rich league. However, after being asked to open the batting by Gautam Gambhir, the mystery spinner redefined himself in the 2017 season. Scoring 224 runs at an astonishing strike rate of 172.30.

The following season, he added to his reputation by slamming 357 runs in 16 appearances. Trouncing the bowlers at a strike rate of 189.89. The southpaw credited Gambhir for his tremendous faith in him, which boosted his confidence and resulted in improved batting performances.

“Gautam Gambhir requested that I open. He wanted me to get the team off to a quick start, regardless of whether I lost my wicket early. Nobody could plan too much for me because I was still new to the role. The opposition didn’t take me seriously, and I continued to grow. “The better I performed, the more confidence KKR had in me and the more encouragement they gave me,” Narine was quoted as saying in Cricket Monthly.

Sunil Narine is still one of the world’s most sought-after T20 players.

Several franchises have taken advantage of Narine’s power-hitting abilities at the top of the order. Following his strong performances as an opener for KKR, he was also selected to bat first for the Trinbago Knight Riders (TKR) in the Caribbean Premier League (CPL) and the Melbourne Renegades in the Big Bash League (BBL).

Also Read: Nurul Hasan will miss the remainder of his Zimbabwe tour due to a fractured finger.