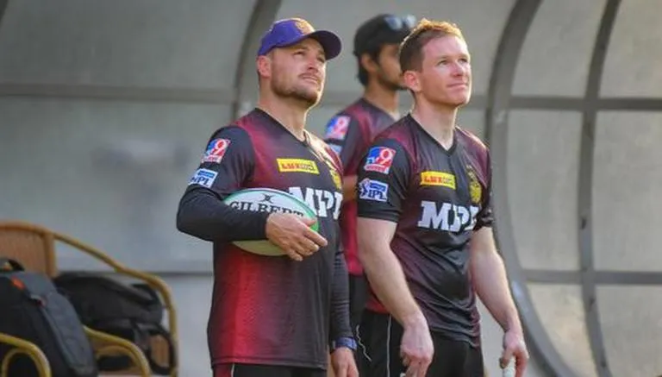 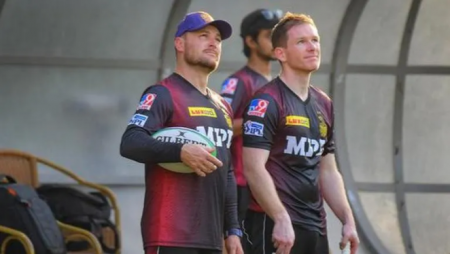 According to multiple reports, England white-ball captain Eoin Morgan is set to announce his retirement this week. It was previously report that the southpaw was considering stepping down as captain. But new reports indicate that Morgan is set to retire from international cricket. England head coach Brendon McCullum discussed Morgan’s rumored retirement following a Test series win over New Zealand.

McCullum credited Morgan with turning Jos Buttler, Jonny Bairstow, Jason Roy, and Ben Stokes into international stars. Buttler has been Morgan’s deputy since 2015 and is widely expect to be name England’s next white-ball captain.

“He’ll be remember as one of the most influential figures not just in English cricket, but in the world. ” For the approach he took when he took over as England captain. What he’s been able to do to change the entire attitude and style of cricket that they played. ” McCullum told Sky Sports.

“It’s an impact all over the world, and he’s won a World Cup and taken these guys on an adventure.” “You look at guys like Jos Buttler, Jason Roy, Jonny Bairstow, Ben Stokes, these guys are absolute international superstars, and they’ve been able to become those players under Eoin Morgan’s leadership,” he continue.

If I don’t feel like I’m contributing to the team, I’ll leave: Eoin Morgan

The 35-year-old left-handed batter made his international debut for Ireland in 2006 before joining England in 2009. He took over as white-ball captain from Alastair Cook at the end of 2014 and has been an influential figure in English cricket since then. He led the Three Lions to the T20 World Cup final in 2016 and the ODI World Cup victory in 2019. However, he has been dealing with fitness and injury issues, as well as issues with his form, since the start of 2021.

Morgan recently captained England in a three-match One-Day International series against the Netherlands, which the Englishmen won 3-0. However, he dismiss for ducks in the first two matches and ruled out of the final match due to a groin injury. He had hinted at his retirement plans prior to the Netherlands series. “If I don’t think I’m good enough or if I don’t feel like I’m contributing to the team,” Morgan said before the Netherlands series.

Also Read: Amol Muzumdar, Coach of Mumbai, has called for the use of DRS in Ranji Trophy knockout games.