Ricky Ponting believes Dinesh Karthik will be India’s finisher in the T20 World Cup in 2022. 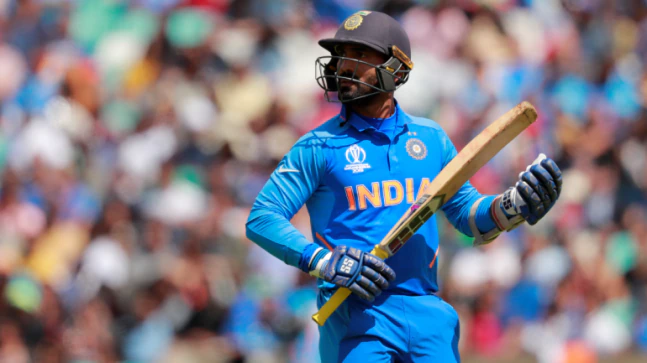 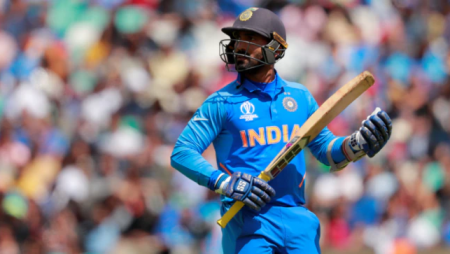 Ricky Ponting believes Dinesh Karthik will be India’s finisher in the T20 World Cup in 2022. Dinesh Karthik last played for India in the 2019 World Cup before appearing in South African T20Is.

Former Australian captain Ricky Ponting has joined a long list of former cricketers who have praised veteran Dinesh Karthik. After an impressive performance in the IPL 2022, the wicketkeeper-batter was called up to the national team. He is currently playing for India in the T20I series against South Africa.

Karthik, who appear to be out of contention for the national team. Reinvented himself as a finisher for Royal Challengers Bangalore in the recently concluded IPL 2022. In a star-studded batting lineup, the wicketkeeper-batter was one of the season’s standout performers. The diminutive right-hander finished the season with 330 runs and an impressive strike rate of 183.

Ponting overjoy with the right-performance hander’s in the latter stages of the innings and believes he must be included in the Indian squad for the T20 World Cup in Australia later this year.

“I’d have him, and I’d have him in five or six roles.” The way he finished games for RCB this year elevated his game to a new level. When it comes to the IPL, you want your better players to be able to win two, three, or four games during the season. “If you can get that out of them, it’s probably going to be a really good return,” Ponting said on The ICC Review with Isa Guha.

Also Visit: Sri Lanka was fined 40% of the match fee for maintaining a slow over-rate in the second T20I against Australia.

Dinesh Karthik most likely had a greater impact than the majority of the other RCB players: Ricky Ponting

The emergence of Rajat Patidar in the middle order and Karthik’s pyrotechnics in the death overs propelled RCB to the IPL 2022 playoffs. Despite the contributions of captain Faf du Plessis and all-rounder Glenn Maxwell, Ponting believes the 37-year-old outperformed all of those batters with his impactful cameos.

“However, Dinesh probably had a greater impact on many of the games this year than most of the other RCB players.” Maxi (Glenn Maxwell) had a great start to the tournament, but DK was the winner. And, I suppose, Faf, who kept the RCB bandwagon rolling. “I’d be surprise if he wasn’t in their (India’s) starting lineup somewhere,” the three-time World Cup winner added.