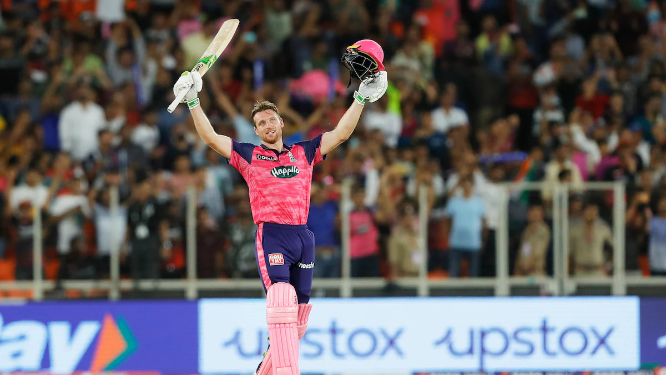 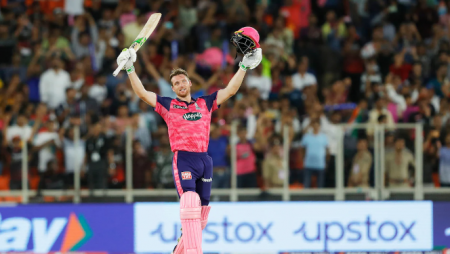 Rajasthan Royals opener Jos Buttler was on fire against Royal Challengers Bangalore. In Qualifier 2 of the ongoing IPL 2022 on Friday at Narendra Modi Stadium in Ahmedabad. The right-handed batter then batted unbeaten for 106 runs to help Rajasthan. Chase down 158 runs with seven wickets in hand and 11 balls to spare. As a result of this victory, Rajasthan has qualified for the IPL 2022 final, where they will face Gujarat Titans on Sunday at the same venue.

At a post-game press conference, RR Director of Cricket Kumar Sangakkara stated that it is difficult to put into words what Buttler has done for the franchise this season and that he cannot recall anyone else batting this well in the tournament’s history.

“It’s difficult to put into words what he’s done for us this season in terms of T20 batting. He started off so well, he had a little flutter at one point in the tournament, but then he calmed down and had a lot of good conversations instead of just training. He accepted that he is a mortal, a human, and that he cannot maintain that level of excellence every day “During a virtual press conference, Sangakkara responded to an NDTV question.

“And to understand how you get to that level at different stages of the game, some days you have to fight and look ugly, other days your rhythm is there, and the reality is that you can’t fight the condition, you just have to settle into it and build the innings. He can accelerate at any time because he has all of the strokes. He’s a nice guy who knows his way around the game. I can’t recall anyone batting this well in the IPL’s history “He went on to say.

Buttler has four centuries in the current edition, making him only the second batter after Virat Kohli to score four tons in a single tournament.

Buttler is also only the third batter in IPL history to score more than 800 runs in a single season. Previously, Virat Kohli and David Warner both scored over 800 runs in 2016.

Buttler has scored 824 runs in 16 games this season.