After being rejected by the West Indies, James Anderson considered retiring. 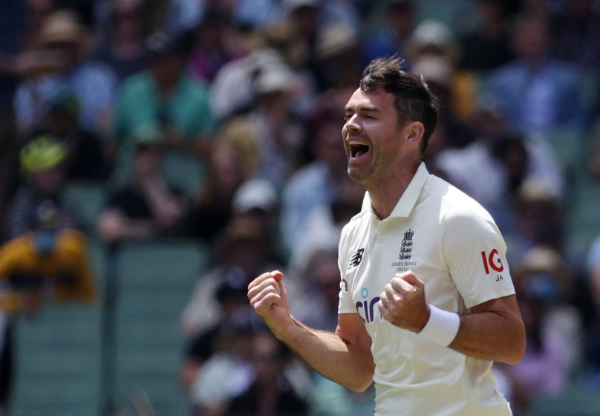 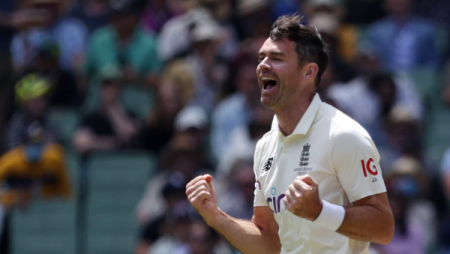 After being rejected by the West Indies, James Anderson considered retiring. Anderson and his long-time partner-in-crime Stuart Broad were controversially left out of West Indies Tests.

After being left out of England’s Test tour of the West Indies earlier this year, a heartbroken James Anderson contemplated retirement. The veteran pacer made the shocking revelation during a recent interaction. Following England’s 0-4 defeat in the Ashes, selectors controversially omitted Anderson and his long-time partner-in-crime Stuart Broad from West Indies Tests. The two talismanic fast bowlers were disappointed with their dismissal, as evidenced by their interviews.

Notably, new Test captain Ben Stokes has stated publicly that he wants both Anderson and Broad in the lineup if they are available. As a result, both pacers are expected to play in England’s three-match Test series against New Zealand, which begins on June 2. Meanwhile, Anderson stated that he considered retiring following the snub but ultimately decided to continue playing

Also Visit: Kane Williamson Leaves The SRH Bio-Bubble For The Birth Of His Second Child

I asked myself, “Do I want to continue?” James Anderson

“I certainly questioned it.” ‘Do I want to go on?’ I asked myself. When something like that happens, you start questioning other things. “Is it something I’ve done around the group?” he asked reporters at a Leicester event.

“I think the longer time passed, the more I just wanted to play,” he continued. “I discussed it with my family, and they saw it the same way I did… “Whether it’s Lancashire or England, I’ve still got more to give the game,” he added. Anderson is the most successful Test pacer and third-most successful overall with 640 wickets. Only time will tell how far this tally will rise as he ages like fine wine.

Meanwhile, Anderson has stated unequivocally that he has no ill will toward former Test captain Joe Root. “I spoke with him before he announced his resignation. So there’s still a great deal of respect between us, and there’s no animosity,” he added. Meanwhile, Anderson is looking forward to Brendon McCullum’s debut as England’s Test coach during the series against New Zealand.

“It’s very exciting.” He is always looking for the most aggressive option. I’m sure he’ll bring it up from a coaching standpoint as well. “With him and Ben, we’re never going backward,” Anderson stated.