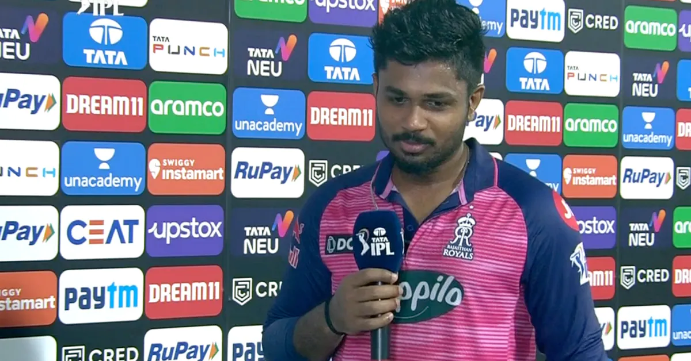 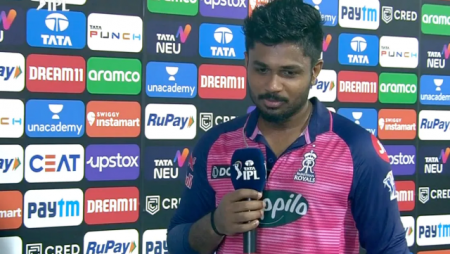 Sanju Samson evaluates RR crushing defeat to DC. Coming back stronger after a loss is critical, according to Sanju Samson.

Rajasthan Royals skipper Sanju Samson devastated by his team’s crushing defeat to the Delhi Capitals in the 58th match of the IPL 2022. Samson went on to say that while they were a few runs and wickets short, they also ran out of luck on several occasions, with failed catches and bails that did not come off after hitting the stumps.

The Royals scored 160 runs after being put in to bat first, thanks to 50-run innings from Ravi Ashwin and Devdutt Padikkal (48). Even Samson couldn’t keep up, and in the end, DC had an easy chase as Mitchell Marsh and David Warner went berserk. While Marsh led the way with 89 off 62, Warner helped his team cross the finish line with an unbeaten fifty.

“A very disappointing evening. We fell short by a few runs and wickets. When we were batting on a two-pace wicket, we thought we were 15 runs short. “We had some bad luck with a few catches falling in front and one hitting the stumps but not coming off,” Samson said after the game.

It is critical to recover from setbacks: Sanju Samson

It should be noted that Marsh survived an LBW scare while Trent Boult was in the attack. But the Royals did not take the review because the RR captain believed the ball had hit his bat rather than his pad. ‘I thought it hit the bat but never made contact with the pad,’ Samson speculated. Marsh was not only excellent with the bat, but also with the ball in hand.

“It’s important to come back stronger after losses, and that will be our focus in the next game.” “Hopefully, Shimron Hetmyer will return soon,” he added.