Bottom-Placed MI have the dominance against the KKR. 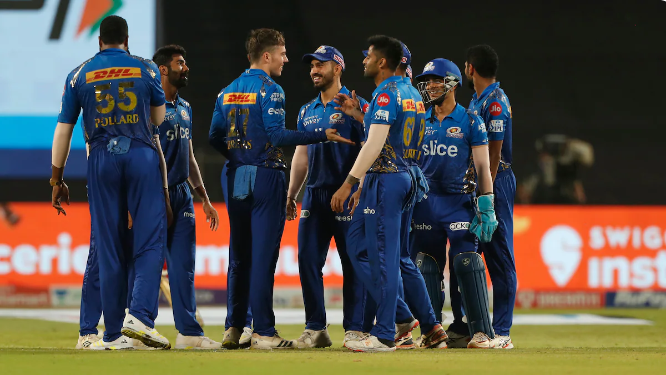 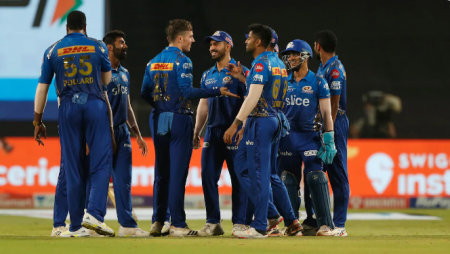 Kolkata Knight Riders resemble a sinking ship ahead of a rather insignificant IPL-15 match against bottom-placed Mumbai Indians. Who will have their tails up on Monday even if they are already out of contention. KKR are coming off a 75-run thrashing at the hands of table toppers Lucknow Super Giants. Which was a result of their constant chopping and changing strategy this season, which backfired spectacularly.

MI will enter the game fresh off a five-run victory over the second-placed Gujarat Titans.

MI have already been eliminated from the playoff race, as they have only four points from ten games. Even if they win all of their remaining games, the five-time champions will only have 12 points. Far short of what is required to advance to the next stage.

Royal Challengers Bangalore already has 12 points, while three other teams have 16 and 14 points.

Winners on two occasions KKR. Led by new captain Shreyas Iyer, were defeated by the Lucknow Super Giants on Saturday. Leaving them with only eight points from 11 games. They have three matches left, and the most they can achieve is 14 points, which, once again, does not guarantee even a fourth-place finish.

Despite the insignificance of the match. Players from both beleaguered sides can compete for individual glory at the DY Patil Stadium.

With the season coming to an end for both teams, the focus will be on how to approach the task in the next edition, in addition to looking to end their hugely disappointing campaigns on a positive note.

Also Read: Chris Gayle Explains Why He Withdrew From IPL 2022

MI have 22-8 head-to-head record against the KKR, giving them an advantage going into the game.

The best thing about MI right now is that both openers – skipper Rohit and Ishan Kishan – clicked against the Titans, and they will undoubtedly look to convert their scintillating 40s into bigger scores against the struggling Knight Riders.

MI captain Rohit is also approaching a landmark: he is 88 runs away from completing 5000 runs for the franchise in the IPL, and he could do so on Monday.

While the likes of Rohit, Kishan, and Suryakumar Yadav are adept at using the power play, KKR have struggled to score to force the pace in the first six overs, which their head coach Brendon McCullum highlighted following the big loss to LSG.

“We struggled on the power play, which has been a source of frustration for us all season. We’ve done well throughout the middle phase and not too badly at the end “McCullum explained.

Even as the KKR faces elimination, the team must find a way to be more aggressive without losing wickets in the first six overs, with an eye on the next season and a desire to end this one on a high note.

Also Read: LSG players will wear jerseys with their mother’s name against KKR in the IPL 2022.