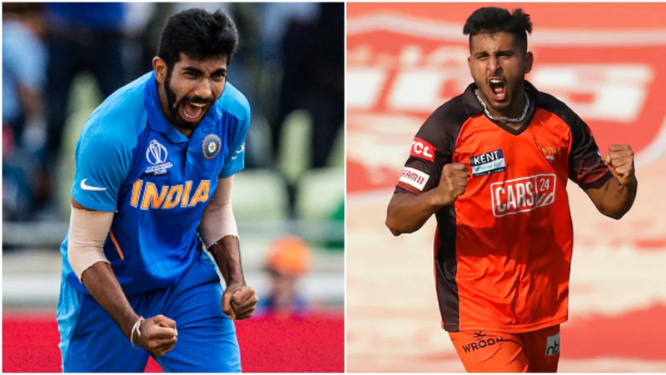 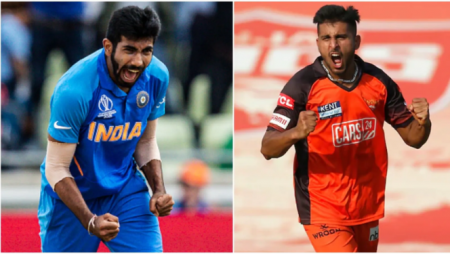 Umran Malik should bat alongside Jasprit Bumrah when India visits Australia: Harbhajan Singh. The T20 World Cup 2022 will be held in Australia.

Harbhajan Singh, a former Indian off-spinner, praised Sunrisers Hyderabad pacer Umran Malik for his ability to bowl with raw pace. The speedster recently bowled the fastest ball of the season at 157 kmph. Trailing only Shaun Tait for the fastest ball bowled in tournament history. This season, he has grown by leaps and bounds under the tutelage of Dale Steyn, SRH’s fast bowling coach.

Malik retained ahead of the mega auction this year by SRH after proving to be a great find last year and he has repaid the faith with 15 wickets in 1o games already. The quick from Jammu and Kashmir has also taken five wickets and has already rattled the best batters in the T20 league. With the T20 World Cup coming up this year, many experts have already expressed their desire to see him in Indian colors on the field in Australia

Umran Malik will inspire many young people to play this sport: Harbhajan Singh

Harbhajan impress with the youngster and state that he is looking forward to seeing how Malik performs for India on the international circuit He wonder if any bowler in India bowled faster than 150 kmph and believed that Malik would inspire many young people to come out of the country’s most remote areas and showcase their talents. If he was on the selection committee, he would have chosen Malik to partner with Bumrah.

“My favorite is him (Umran Malik). I’d like to see him in the Indian team because of his bowling ability. Tell me one bowler who bowls faster than 150 kmph and isn’t playing for his country. So I think it’s a great great thing, and he’ll inspire many young people to take up this game, because where he’s come from and what he’s doing in the IPL, he’s incredible,” Harbhajan was quoted as saying by News 18.

“I don’t know if he will be chosen, but if I were on the selection committee, I would have given him the green light.” “When India plays in Australia, Umran Malik should bat alongside Jasprit Bumrah,” he added.