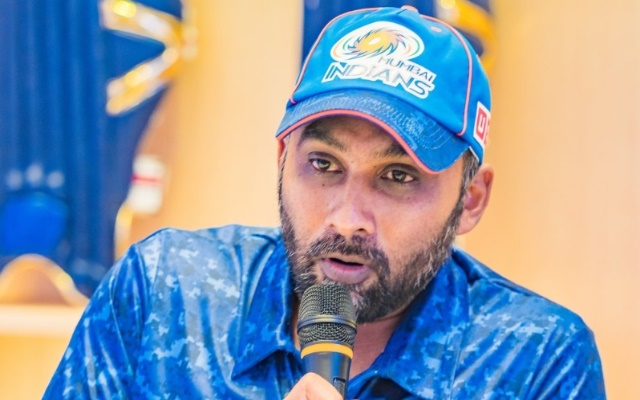 Mumbai Indians coach Mahela Jayawardene has expressed faith in five-time champions skipper Rohit Sharma, saying it’s only a “matter of time” before Sharma hits a big knock. It should be noted that the Men in Blue have lost all five matches in the Indian Premier League (IPL) 2022 and are currently at the bottom of the table.

MI have previously lost by a combined score of 12 runs to Delhi Capitals (DC), Rajasthan Royals (RR), Kolkata Knight Riders (KKR), Royal Challengers Bangalore (RCB), and Punjab Kings (PBKS). To date, MI’s captain has underperformed in this edition. This season, the right-handed batter has scored 108 runs at an average of 21.60.

He’s getting off to a great start: Mahela Jayawardene

“Look at how he starts, how he hits the ball, it’s brilliant.” He’s timing it perfectly, and he’s getting some fantastic starts. Yes, he’s disappoint as well, that he can’t convert them,” Jayawardene was quoted as saying by The New Indian Express.

“We’ve seen Rohit bat deep, for 14-15 overs, and get those big scores.” It’s simply a matter of time. “He’s a good player, and I’m not concerned about his form,” he added.

Meanwhile, MI defeated for the fifth time in a row in the tournament on April 13 (Wednesday). In a group stage match, PBKS defeated the five-time champions Mumbai Indians (MI). In their 20 overs, the Men in Blue managed 186/9 against a target of 199 runs.

After losing the toss, Punjab amassed a massive 198-run total. Mayank Agarwal (52 off 32 balls), Shikhar Dhawan (70 off 50 balls), and wicketkeeper-batter Jitesh Sharma (30 off 15 balls) all contributed to PBKS reaching 198/5 in 20 overs. MI’s senior pacer Jasprit Bumrah was the pick of the bowlers, conceding only 28 runs and picking up a crucial wicket in Livingstone.

South African batter Dewald Brevis (49 off 25 balls) and Suryakumar Yadav (43 off 30 balls) led the Men in Blue’s scoring. However, they fell 12 runs short of the target. Odean Smith, a pacer, took four wickets for his team.

Also Read: ‘A lot will happen in the coming days,’ says Ravichandran Ashwin of the idea of retiring out.