New Zealand wins its second game against the Netherlands, thanks to a birthday celebration for Latham. 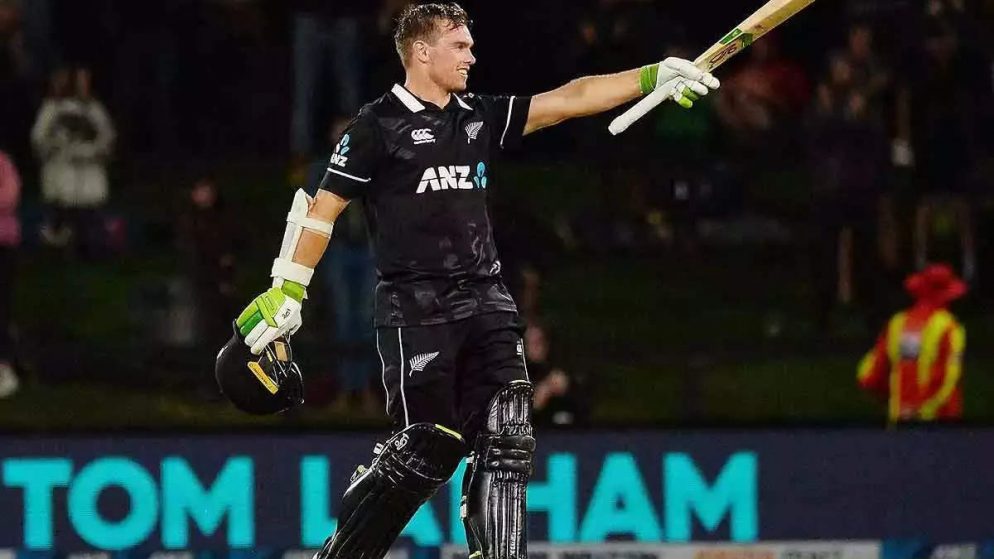 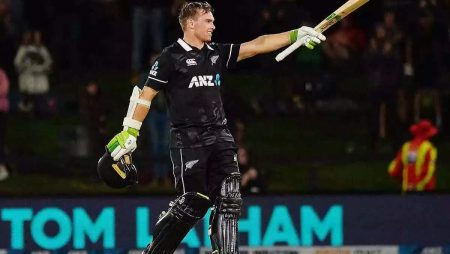 New Zealand recovered from an early scare in their second CWC Super League ODI against the Netherlands at Hamilton thanks to a captain’s knock from stand-in skipper Tom Latham.
The Dutch bowlers reduced the hosts to 32-5 on the powerplay before Latham’s unbeaten 140* (the highest ever score by a batsman on their birthday) completely turned the tide. His lone hand lifting his side to 264-9 at the break. A total that would prove too much for the Dutch to handle.

As the already sticky pitch continued to turn, the Netherlands found it difficult to bat on.
Bas de Leede and Vikram Singh were the only Dutch batsmen to reach thirty as the visitors were defeat by 118 runs.

New Zealand’s innings began promisingly enough. With Matin Guptill and Henry Nicholls appearing to be in comma as they punished anything short to add 22 runs in quick time before Fred Klaassen struck — Guptill driving on the up on the first ball of the fifth and being well has by de Leede diving to his left at the cover.
From there, the Dutch patience with the occasional short ball would bear astonishing fruit, resulting in an extraordinary collapse.

Will Young was first removed oddly by Logan van Beek. Who walked across the field and missed the draw. The ball rebounding off pad and glove before rolling into the leg stump.

In the next over, Klaassen’s bounce found the splice of de Grandhomme’s bat once more. The ball falling just short of Brandon Glover coming in from mid-on.
De Grandhomme, on the other hand, would live, and he and Latham would set about reconstructing the innings.
The pair would initially double the total before surviving the next ten overs without losing any wickets. With Latham driving the scoring with his foot while Pieter Seelaar switched to spin.
The partnership would be broken by the Dutch captain himself. With de Grandhomme succumbing to temptation following an uncharacteristically sluggish 16 off 40; his initial attempt to find the rope took a top edge, giving Edwards plenty of time to collect.

New Zealand wins its second game against the Netherlands, thanks to a birthday celebration for Latham.

On the final ball of the 30th over, Latham completed a battling fifty, driving Klaassen away square to lift his team to 111-6.
When Bracewell stepped down to throw Seelaar past the sight-screen in the next over, it went against the grain, but it would indicate a shift in momentum in the game’s favor for the first time.
Michael Rippon got the grip and turn to pull the ball away from the charging Bracewell’s bat. The miscued drive well saved by Glover coming in from long-on, as the pair added 90 for the seventh wicket with growing fluency.
Ish Sodhi will be an excellent supporter for his skipper.

Sodhi would try top-edging on Klaassen’s heave in the 48th, looking to strike out at the death, but Latham would keep the momentum going with an incredible rolling slog sweep off van Beek for six.
If Latham hadn’t noticed that Seelaar only had three men in the circle, he might have been out LBW to Klaassen, but he would have remained unbeaten. Having struck 140* of his side’s total of 264-9.

The ultimate 265-run mark on a two-paced pitch that was beginning to turn would be a tough job even for full strength and in-from batting line-up, which the Netherlands lacked.
They didn’t get off to a good start, as both openers were dismissed.

Bas de Leede and Vikram Singh would be tasked with rebuilding, and they would do it with zeal.
Singh took 19 balls to get going, but once he did, he looked to put the hosts under strain again.
The Dutch appeared in control of the game while de Leede and Singh were together, punishing anything wide or loose. Singh brought up the fifty partnership in the 11th over. Smashing Tickner hard and straight for four and celebrating with another boundary past midwicket.