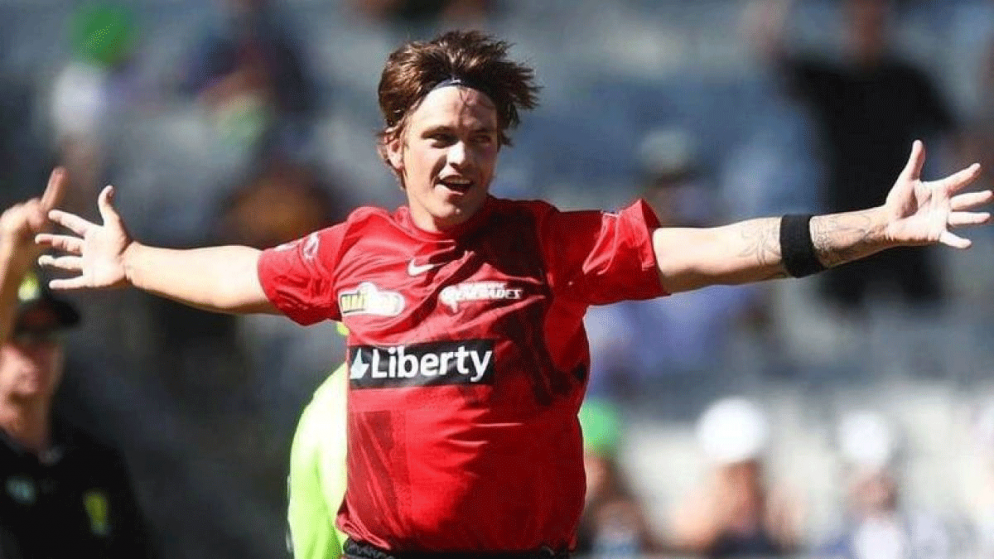 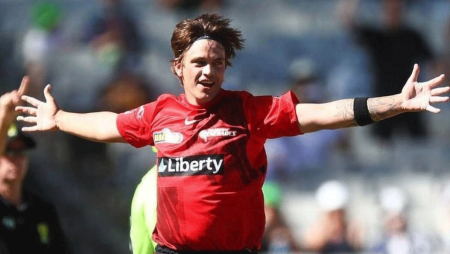 Cameron Boyce writes history with an incredible double hat-trick for the Melbourne Renegades in the BBL.

Cameron Boyce, a leg-spinner for the Melbourne Renegades, also became the first bowler in BBL history to complete a hat-trick.

Boyce of Australia made history by becoming the first cricketer in Big Bash League history. To achieve a rare double hat-trick (BBL). Boyce accomplished the feat while playing for the Melbourne Renegades. Against the Sydney Thunder in BBL match number 55 on Wednesday in Melbourne. Boyce also became the Renegades’ first bowler to complete a BBL hat-trick. Boyce’s incredible performance spanned two overs, beginning with his dismissal of Thunder opener Alex Hales in the final delivery of the seventh over.

Boyce returned to bowl the ninth over and caught Jason Sangha off the first delivery, as the right-hander was stumped trying to charge down the track and hit the leggie over the top. Alex Ross attempted a reverse sweep in the next ball but was caught in front as Boyce completed his hat-trick.

The drama did not end there, as the leg-spinner then dismissed Daniel Sams for a golden duck on the very next ball to make it four in four and complete a double hat-trick.

“We still can’t believe this happened!! A double hattie from Cameron Boyce!!” tweeted the BBL.

Also Read: Smriti Mandhana has been named to the ICC Women’s T20I Team for 2021.

Boyce, who has played seven T20Is for Australia. Picked up another wicket to finish with a staggering 5 for 21 in his four overs.

Cameron’s single-handed effort was largely responsible for the Renegades’ ability to limit the Thunder to 171. Except for Zahir Khan and Boyce, all other Renegades bowlers were courtesy of Hales and Usman Khawaja (77).

In the seventh over, Boyce broke the dangerous opening stand between Khawaja and Hales. Boyce turned the match on its head after the Thunder had raced to 80 in 6.5 overs.

Also Visit: Kevin Pietersen Responds to Those Calling for England’s Coach and Captain to Be Fired