Irfan Pathan and his wife Safa welcome their second son 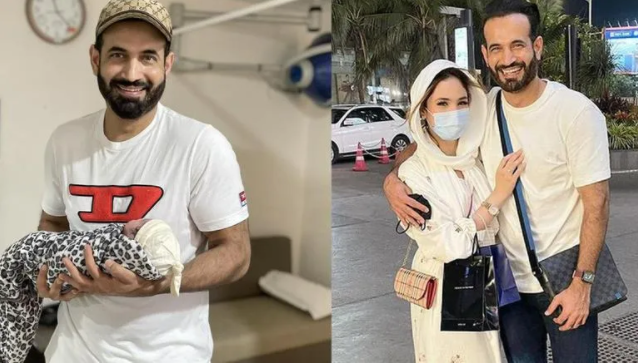 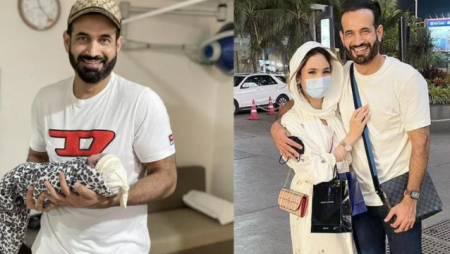 Irfan Pathan, a former Indian allrounder, has become a parent for the second time, he announced on social media on Tuesday. In February 2016, Irfan married Safa Baig in Mecca.

In February 2016, Irfan married Safa Baig in Mecca, and the couple welcomed their first child, Imran Khan Pathan, in December of that year.

Pathan began his career as a fast-medium swing and seam bowler and came into the national team soon after turning 19. His promising performances and tremendous swing drew similarities to Pakistan’s Wasim Akram.

Irfan Pathan posted via his Twitter handle on Tuesday

“Safa and me welcome our baby boy SULEIMAN KHAN. Both baby and mother are fine and healthy,” #Blessings

Pathan’s batting continued to be fruitful, but he was no longer considered a specialist. And was dropped from the team in both Tests and ODIs by the end of 2006. And he was no longer in the squad by 2007, when he returned in the 2007 World T20.

After solidifying his place in the team, he was named the 2004 Emerging Player of the Year by the International Cricket Council. Pathan played a key role in India’s victories in the One-Day International and Test series against Pakistan in 2004.

However, towards the start of 2006, he began to lose pace and swing, and his wicket-taking powers began to wane.

He was dubbed the “blue-eyed boy” of Indian cricket by the media. He got 18 wickets in two Tests against Bangladesh in late 2004. But he struggled in the early part of 2005, conceding runs at an alarming rate. Leading to a brief banishment from the one-day international (ODI) team.

After Virender Sehwag’s sickness, Pathan developed his batting skills. And tried to become a bowling all-rounder, and he opened the batting on multiple occasions. Scoring 93 in a Test match (10 Dec 2005, versus Sri Lanka in Delhi).

In four Test innings against Sri Lanka and Pakistan, he made three scores of more than 80. In addition, Pathan was a standout batsman and bowler. For the first nine months of Chappell’s tenure as coach, accumulating runs regularly and regularly getting top-order wickets.

Moreover, he was ranked No. 2 in the ICC’s ODI all-rounder rankings and in addition, was in the top five in the Test rankings. Critics compared him to former Indian fast bowling allrounder Kapil Dev as a result of this.