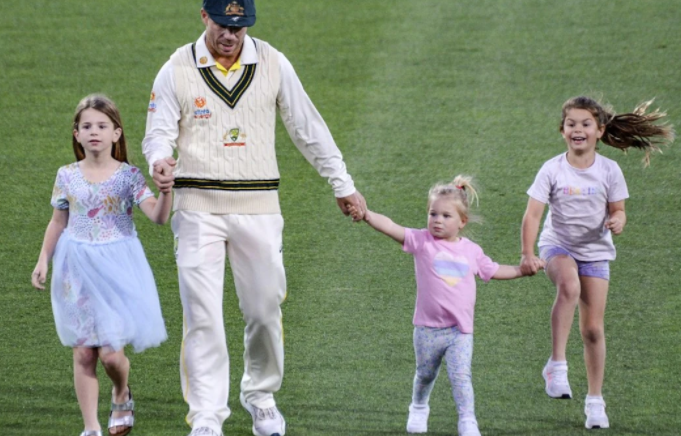 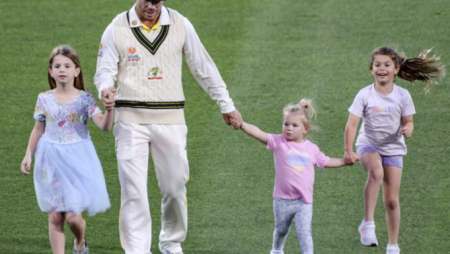 Indi Warner was inspired to demonstrate her batting talents at the Melbourne Cricket Ground after watching her father play a key role in Australia’s Ashes series success (MCG).

Indi was seen dominating the cricket pitch in a video uploaded by her father David Warner. With a look on the leg-side performed with precision. With the description “Indi having her maiden hit at the MCG,” the Australia opener tweeted a video of his daughter hitting.

Australia had put on a fantastic performance earlier in the day. Wrapping up the match to clinch the five-match Ashes series 3-0 with two Tests remaining.

After the game, Davis Warner sounded ecstatic and even offered some advice to the visiting English team

“In today’s world, I believe James Anderson is the gold standard for older men. As we go about our daily lives, we look up to him. However, for me, it’s all about giving it my all and putting runs on the board ” David Warner stated

“I really look like a proper batsman in the first two Tests, it’s almost like I’ve played my career backwards. And had to knuckle down and accept the bowling and the line and lengths that they were bowling, and obviously, the hundred escaped me,” he continued.

David Warner also discussed his excellent bat control. And stated that he intends to continue doing so in the coming year.

“I’m in good shape. As I previously stated, I was out of runs but not out of form, so maybe I will be able to put some more numbers on the board as the new year progresses ” David Warner added.