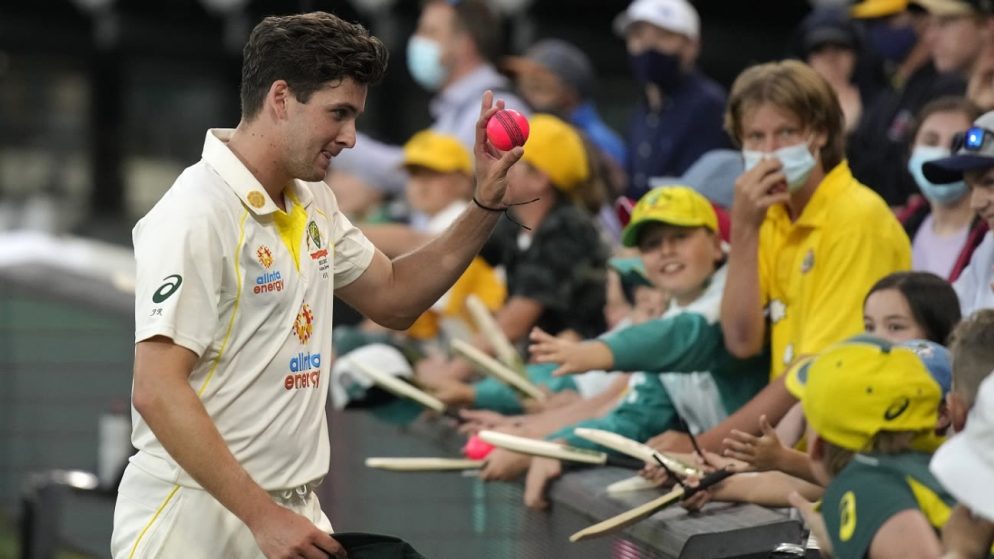 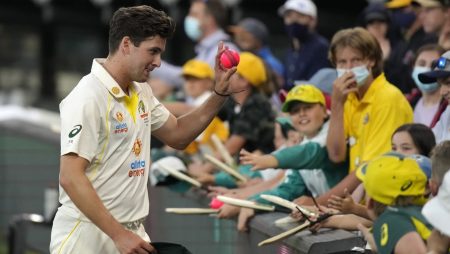 Jhye Richardson comeback to Test cricket couldn’t have gone any better, with a five-wicket haul in the fourth innings helping Australia win the Ashes series 2-0 in Adelaide. His reply in the aftermath, though, revealed a lot about his personality.

He understands that his five-for might not be enough to keep him in the team for Melbourne, but he’s “glad to go any way.”

“More of a relief than anything.” “Especially after having a difficult time out there in the first innings, to come out again and, most importantly, win. It’s good to contribute as well, but there’s no feeling like winning a Test match.”

He also understands that a five-for in a Test match may not be enough to keep him in the lineup for the Boxing Day Test in Melbourne, with Pat Cummins set to return and Josh Hazlewood battling back from a side injury.

“The beauty of Australian cricket right now is that we have fast-bowling stocks to last a lifetime,” Richardson remarked. “That, in my opinion, is a fantastic dilemma for the selectors and JL [Justin Langer]. Whatever occurs, occurs. I bowled a little bit better in the second innings after an unlucky first innings. I’m open to either option. That’s all we can ask for as long as we’re winning.”

Jhye Richardson, 25, sets a higher standard for himself than most young fast bowlers. In terms of his craft, he is a deep thinker and a perfectionist.

Due to a shoulder dislocation that kept him out of the 2019 World Cup and the Ashes series that followed, and multiple surgeries that saw him nursed back through Sheffield Shield cricket while still unable to throw with any venom in the field.

His displeasure, on the other hand, was written all over his face. After bowling brilliantly on the second night, regularly beating Haseeb Hameed’s outside edge and bowling three consecutive maidens, he returned on the third afternoon to concede more than four runs per over while failing to take a wicket.

“Getting back into the intensity of Test cricket,” Richardson added, “is certainly a step beyond playing domestic cricket.” “If you haven’t played in a while, you may find yourself striving too hard because you feel the need to impress. Having said that, I don’t believe I bowled very poorly.”

In the second innings, Richardson went away and returned as a different bowler, something that his stand-in captain Steven Smith recognized, having never played with him before.

Richardson claimed that he simply wanted to get into a routine for the second time.

Richardson’s skill set is one-of-a-kind, and he demonstrated it all with his five wickets

He is inherently skiddy at only 178cm, but he can also produce extra bounce out of nowhere, as he did to blast Hameed’s glove off on the fourth evening and to remove James Anderson late on day five to close off the tournament.

He even bowled a brilliant stroke of bowling from around the wicket to dismiss Rory Burns. Angling in and seaming away to capture the outside edge. After his combination with Jos Buttler tormented Australia, Chris Woakes used his ability. To move the ball both ways to his advantage.

Most notably, he grabbed Buttler’s crucial wicket in an unexpected and fortunate manner. As he walked on his stumps as he pushed off for a single after defending from deep in the crease. It’s the second time he’s dismissed Buttler with a hit-wicket.

Richardson’s wider release point always poses a threat to the inside edge of the right-hander. But his ability to shape it away also poses a threat to the outside edge. Woakes, who played for the latter, had the top of his middle stump rattled. As the ball nipped back sharply through the gate at 139 kilometers per hour.

The first occurred in a BBL match in January of this year, nearly three years ago. Buttler, who was 55 at the time and was playing for Sydney Thunder. Attempted to reverse sweep a slower ball from Richardson and clipped the stumps with his bat in the follow-through.