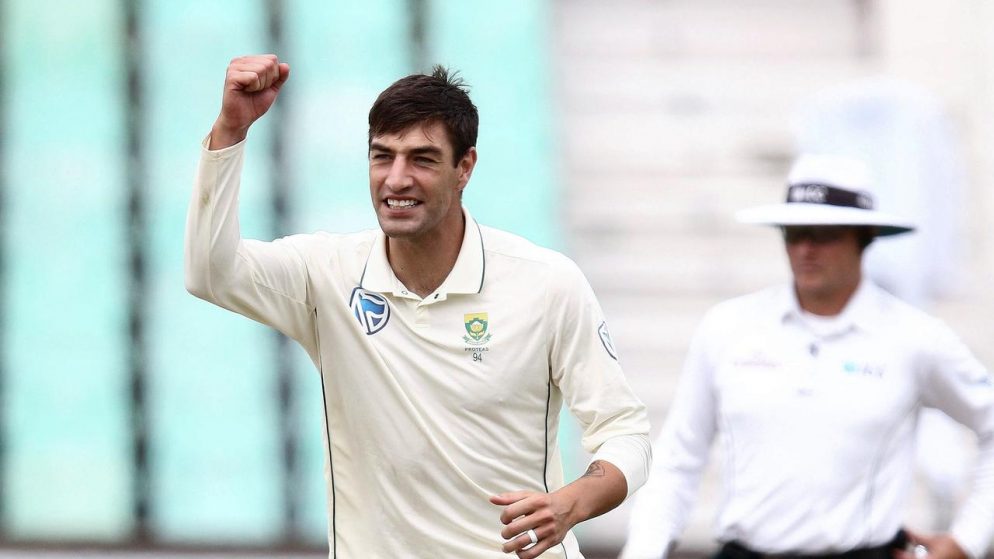 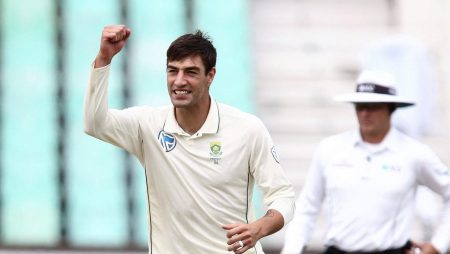 Duanne Olivier: Glenton Stuurman and Prenelan Subrayen have also been recalled, while Sisanda Magala and Ryan Rickelton have been called up for the first time.

After being chosen in a 21-player squad for the forthcoming three-Test series against India.

Two new faces have been added to the squad: seamer Sisanda Magala and top-order batter Ryan Rickelton, who were both parts of the ODI line-up that played in the series against the Netherlands, which was postponed due to the latest Covid-19 outbreak, and recalls for off-spin-bowling allrounder Prenelan Subrayen and quick bowler Glenton Stuurman, who have both been part of previous Test squads but have yet to be

The rest of the squad is similar to the one that toured. The West Indies in June when South Africa last played Test cricket. Dean Elgar was the regular captain for the first time in the series, which South Africa won 2-0.

The forthcoming match against India will be his first as head coach in his own country. Temba Bavuma, his vice-captain, is also in the squad after missing the Tests due to injury while on tour in the Caribbean.

South Africa has a variety of alternatives in every department, particularly in the bowling attack. After recuperating from Covid-19, Lungi Ngidi, two left-arms in Marco Jansen and Beuran Hendricks. And two right-arm alternatives in Stuurman and Magala are expected to lead the pack.

However, a lot of attention will be focused on Olivier, who has been in outstanding form for the Lions this season. Leading the first-class wickets chart with 28 strikes at 11.14, including two five-wicket hauls.

After the latest round of fixtures, Olivier announced that he had spoken with selection chairman Victor Mpitsang. And that he was available for South Africa again following his Kolpak suspension. After Wayne Parnell, who play against the Netherlands, he is the second Kolpak returnee to be selected for a national squad.

Conditions are expecting to favor quick bowlers in general, particularly at SuperSport Park and Wanderers, where the first two Tests will be held. Although Newlands could provide something for spinners, and South Africa has three of them. Keshav Maharaj will be the top pick, with all-rounders George Linde and Subrayen as backups.

Tabraiz Shamsi, who was part of the Test squad in the West Indies, was left out, as did Simon Harmer, the second-highest wicket-taker in the first-class league (behind Olivier). Wiaan Mulder, though, is a seam-bowling allrounder for South Africa.

The batting line-up is more familiar, with Sarel Erwee backing up Elgar. And Aiden Markram at the top of the order, and Rassie van der Dussen, Bavuma, Kyle Verreynne, and de Kock forming the top six.

Rickelton, the other backup batsman who ranks tenth in the first-class run chart, has been chosen above Tony de Zorzi and Pieter Malan, the series’ leading run-scorers.

And their first series at home since hosting Sri Lanka over the festive season last summer.

In the last ICC tournament, they finished fifth. Winning two series (against Sri Lanka and the West Indies) and losing three (against England, India, and Pakistan). It also kicks off a busy summer for South Africa, which includes games against India, New Zealand. And Bangladesh before a winter trip in England, which was nearly derailed by the discovery of Omicron, a new Covid-19 version last month.

The series has been shifting back a week; the first Test was originally slating to begin on December 17, but will now begin on Boxing Day.

For the duration of the series, the players will be enclose in a biosecure bubble. However, they can expect to see some supporters. Currently, 2,000 fully vaccinating spectators are permitted at sporting events in South Africa. But this may change if additional restrictions are impose in the coming weeks.