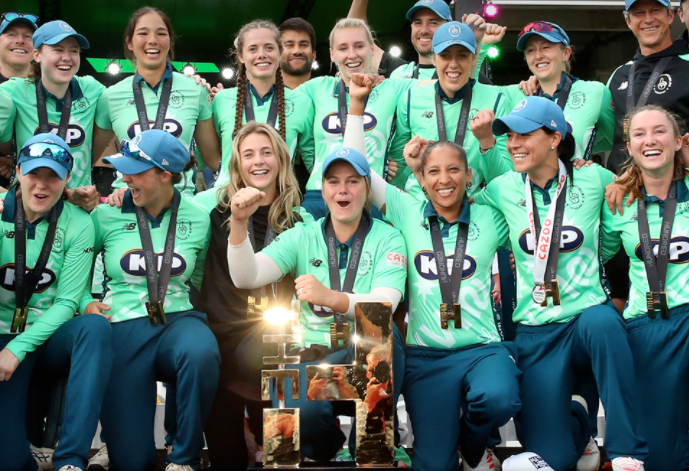 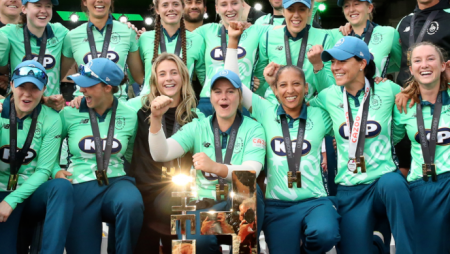 ECB: Female players will receive pay bands ranging from £7500 to £31,250 next season.
After the inaugural women’s competition broke attendance and TV viewing records.

After the tournament’s final, which was seen by a record-breaking 17,116 fans. ECB chief executive Tom Harrison promised that pay will grow as a result of the women’s competition’s success. While also reaffirming that the double-header concept would be employed in 2022.

DOUBLED SALARIES FOR WOMEN PLAYERS IN THE HUNDRED 2022

“Salaries in the Hundred women’s competition have more than doubled ahead of the competition’s second year,”

“We’re happy to be considerably boosting our investment in women’s pay; we believe this is a positive step forward as we build the women’s game. And we’re committed to our continued support of the Hundred women’s competition.”

After a spate of Australian internationals withdrew just before the first season owing to quarantine procedures. And international travel limitations. The salary raise enhances the odds of the world’s greatest women’s cricketers competing in the 2022 edition of the Hundred. Many top international athletes are expecting to stay in the UK for the Hundred. As the Commonwealth Games will be held at Edgbaston from July 29 to August 7.

The rise is especially important for the tournament’s lowest-paid players. Many of them had to take annual leave or ask their employers for time off during the debut season.

“Until those lower brackets are topped up,” England seamer Kate Cross told the Telegraph last year, “you could have some girls dropping out because ultimately it’s not worth their while with work,” but an increase in the bottom salary band to £7500 for a month’s work will make playing in the Hundred more financially viable.